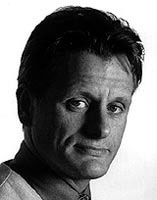 Elmwood is to open an office in Edinburgh to service its expanded portfolio of Scottish clients and generate more business north of the border.

The consultancy, which also has offices in Leeds and London, will open in two weeks in temporary accommodation, but is looking to buy a property in the centre of the city within three months.

Initially, the office will be staffed by four people. Two designers, Paul Sudron and Graham Sturzaker, are joining from Graphic Partners on Wednesday.

The office will offer the consultancy’s ‘step change’ creative process used at The Nursery office in London.

‘We have six clients in Scotland already. Most of them have been won through The Nursery idea.

‘We need to have an offer on the ground so we can develop long-term relationships with them,’ says Elmwood chairman Jonathan Sands.

The consultancy is in the throes of setting up a video-conferencing facility between London and Leeds, which will eventually extend to Edinburgh.

‘We want to ensure the culture of Elmwood is one culture and make the three offices as fluid as possible. People from Leeds will work in Scotland,’ according to Sands.

Love for Big Issue in the North holding company