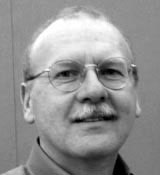 According to Esther Carder, partner at Willott Kingston Smith, the rulings could have a big impact on the design sector, as part of the typically low-asset marketing services industry. ‘This puts the banks much lower down the ranking, leaving them picking for crumbs with all the other creditors,’ she says. ‘They may go down the route of debt factoring [owning debts and lending against them]. This is particularly bad news for the communications industry, as it is a people industry that is reliant on personal relationships with clients. These relationships could be damaged if the banks go after payments.’

David Pattison, senior analyst at Plimsoll Publishing, says that creative sector companies already find it difficult to raise investment money due to the intangibility of their assets. ‘They have always had trouble raising money using ideas, concepts and people as asset values. In something like a chemical plant it is much easier to prove value than if you’re in an office with a few computers,’ he says.

He also notes that where people and ideas are the principal assets of a business, there is little left to be recouped by creditors if the company goes bankrupt. ‘The banks will get personal guarantees and will be writing things into contracts to circumvent any effects of the ruling,’ Pattison predicts. ‘Also, if banks need any reason to put interest rates up they will find one and use it.’

The Lords’ decision stems from a case between National Westminster Bank and paint company Spectrum Plus. It concluded that Nat West should not have first claim on the company’s ‘book debt’ – in other words there can be no ‘fixed charge’ over trade debtors – but that the debts should be divided among all creditors, each having what is known as a floating charge.

â€¢ Debt factoring – own debtor book and lend against it