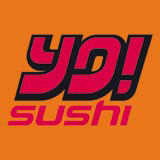 Yo! Sushi, the Japanese restaurant chain, is poised to launch a raft of design-led projects as it rolls out an ‘aggressive’ expansion plan over the next two years.

Georgia Hall, head of marketing at Yo! Sushi, is overseeing the work and gave details of the forthcoming initiatives in an interview with Design Week.

She revealed that the company, which is controlled by private equity group Primary Capital, plans to relaunch its takeaway brand, Yo! To Go, with a set of revised products, packaging, menu and identities, created by Intro, the company’s brand guardian.

It is the first time Yo! To Go has been refreshed in three years and the overall look will be a radical departure from the previous collection.

Yo! Sushi is also looking to redesign its restaurant in Selfridges next year and is working with Priestman Goode on the project, the design group behind its Yotel! concept.

‘The restaurant will look very different, featuring a different way of seating, colour palette and a different location – there is no point in doing things half- heartedly,’ adds Hall.

The Yo! To Go takeaway collection, scheduled to roll out in two months’ time, will be branded Greatest Hits. It will include ten new dishes, each identified with song titles such as Love Me Tender or A Whole Lot Of Love.

The packaging will use Japanese photography and it will look ‘more luscious in terms of design, with masses of pictures’, says Mat Cook, director of design at Intro.

It will also feature nutritional information outlining the beneficial qualities of ingredients, such as soya sauce or ginger. The range will be accompanied with an A3 fold- out, poster-style menu.

Digital design consultancy Large will build a website to support the Yo! To Go relaunch. The move comes as Asian takeaway fast food brands – such as Itsu – continue to grow in popularity across the UK (see News Analysis, page 9).

Yo! Sushi founder and entrepreneur Simon Woodroffe says Yo! Zone, the spa and nightclub business, will launch in three years’ time, while Yo! Home, the minimalist branded residential living concept is ‘developing really well’.

Woodroffe states, ‘We haven’t announced anything yet. There will be three at the outset, but we will know more at the end of the summer.’ Priestman Goode is the lead design consultant on the project.

The hotels will be modelled on space age pods found in Japanese capsule hotels. The urban concept is loosely based on aircraft design (DW 11 September 2003).

Thinking outside the bento box

â€¢ Woodroffe concentrates on growing Yo! as an independent brand. This includes: Yo! Wear, Yotel, Yo! Home, Yo! Zone