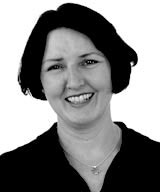 Interbrand chief operating officer Lynne Dobney is leaving to pursue her own interests.

Dobney is intending to take the summer off to be with her children and is considering what and where she would like to be after that time, she says. “It won’t be directly related to what I’ve been doing and I will be working on my own for a while,” she says.

The move is timed to coincide with the school holidays and is not related to any redundancies or restructuring at the Omnicom-owned consultancy, she adds. Last month Interbrand axed its 3D department (DW 17 May).

“I have been thinking about it for a long time,” she says.

“I was instrumental in the merger [of Newell and Sorrell and Interbrand], I have finished the website, completed the move into the new building and finished a number of internal communications initiatives, so it is the right time,” she adds.

Dobney joined Newell and Sorrell in 1979 “when there were only six people”.

Dobney’s responsibilities were operational rather than client-facing. She says they covered resourcing and internal communications. They will be split between the senior management team.