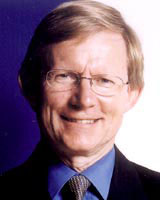 So, farewell then, Chris Smith, the former Culture Secretary banished from the Department for Culture, Media and Sport.

You could argue that Smith was unofficial design minister, though the Department of Trade and Industry also has a role in design. Design Museum director Alice Rawsthorn offers a typical view. “[He] did a wonderful job at DCMS both for design and the rest of the creative industries. He and Alan Howarth, the former arts minister, will be greatly missed both for their official support and, individually, as genuine enthusiasts,” she says.

Ian Rowland-Hill, chief executive of the Design Business Association, comments, “Smith did a fantastic job in bringing Government up to speed and date with the fact that creative businesses are businesses.

“Design is and always has been different from most other ‘creative businesses’, such as opera, ballet, theatre and so on, because the latter have products/ productions to sell, whereas design sells a service. It therefore requires a different approach to promoting it and selling it.”

Chartered Society of Designers president Stephen Hitchins is also complimentary. “He achieved a great deal, from securing the future of public service broadcasting to establishing in everyone’s mind the importance of the creative industries to national wealth. He will be a hard act to follow,” he says.

Smith’s replacement, Tessa Jowell, is something of an unknown quantity. Mike Demp-sey, director of CDT Design, which designed the DCMS identity, says, “Jowell is unknown to me in terms of her understanding of our industry. I found Smith to be very sensitive to our area of activities. He seemed very cultured and that is very refreshing. I have no personal knowledge of whether she has an interest in design. When you are talking about creativity, you need a passion and real understanding to make sensible decisions.”

Roundel partner Mike Denny observes, “Jowell is obviously a woman of strong opinions, but it remains to be seen whether design will prosper under her wing.”

There was much speculation immediately before the General Election that the DCMS would be disbanded and its responsibilities split between other departments. In particular, responsibility for design was said to be heading to the DTI, a move that was welcomed by a number of quarters in the design business.

“Design does not have a comfortable fit in the DCMS. The department has such a diverse portfolio of responsibilities, you wonder whether design gets the attention it deserves, considering it sits alongside sport, for example,” says Dempsey. “Design’s natural home is in the DTI, which has been involved in a number of design initiatives over the years. It seems like design is pulled from one department to another.”

Denny argues that your position on the DCMS/ DTI question “depends on whether you see design as a cultural or a commercial endeavour”.

“In all my dealings with the DTI, I can’t say I’ve been impressed with either its understanding, appreciation or commissioning policy for design. So perhaps the DCMS is the best place for it,” he says.

The Team partner Viv Wilcock says, “Design is a business and so it would have worked at the DTI. Design is a cross-governmental issue. It contributes to our quality of life, safety and so on, and not just the aesthetic. It should be championed across departments.”

Elmwood chairman Jonathan Sands agrees. “Responsibility for design should go to the DTI because I think one of the big problems in the UK is that design is not seen as a serious business and until it’s put at the heart of business we will be fighting an uphill battle,” he says.

Design Council chief executive Andrew Summers says, “The DTI has always taken formal responsibility for design in the Government, not the DCMS. In this respect, nothing has changed since the General Election.

However, the DCMS has always been supportive of the design industry as a creative sector and this will continue. It is not an alternative to the DTI, but works alongside it in a different capacity. Design’s seat in the DCMS showcases its role in enhancing the quality of people’s lives, as do the other arts. But initiatives such as [the Design Council’s] Design Against Crime scheme would also fall under the DCMS umbrella, as do its Creative Industries Mapping documents.

“As a business activity, design has always fallen within the DTI, as do most other industrial sectors. The DTI has given us lots of financial support and design will continue to stay within its parameters, which I welcome. We have spent lots of time ensuring that design is part of the industrial sector, rather than isolated as a “creative industry” in the DCMS. This gives the industry its competitive edge, and at the DTI, design is rightly seen as adding value to business where it is linked to the economic agenda,” he concludes.

The question of whether design requires a dedicated minister brings forth some interesting views. “No,” says Hitchins. “You can create an environment that puts creativity at the heart of education, one that encourages and supports innovation and original thinking in business, and uses design as an ambassador for the country.

The most important thing is to ensure that all the various initiatives by various Government departments are properly co-ordinated with each other and with the various design industry bodies. That task is probably best led from within the DTI.

Government can help design businesses to fulfil their potential, but a minister for design? No. What would he or she do? Impose strict aesthetic standards? There are now eight ministers at the DTI and they can all have an impact on design: e-commerce, competition, employment and the regions, science, industry, trade, small business, plus the Secretary of State – let’s make sure they do.”

Wilcock isn’t enthused either. “Maybe a dedicated minister might ghettoise design. It should be championed across all departments,” he argues.

Denny is in two minds. “Considering the tremendous wealthcreating potential of design, maybe there should be a minister of design. But would that also mean a Minister of Architecture or a Secretary of State for Advertising?” he says.

Sands, on the other hand, is positive. “There does need to be a dedicated minister because the Government tends to leave design matters to the Design Council, and it does a good job, but I think that it would be better if there was someone batting for design closer to the heart of Government,” he says.