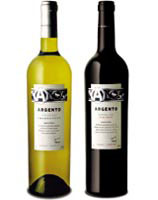 The bottle shape will ‘evolve’, but the label, with its trademark silver ‘A’ lettering, will ‘probably’ remain unchanged, says Duffy managing director Tim Watson.

The consultancy won the work in a two-way, creative pitch against Brandhouse WTS. The pitch, for client Bibendum, was the first ’50/50′ joint pitch between Duffy and its advertising sister, Fallon.

The focus of the campaign is a book that aims to showcase the ‘real Argentina’ rather than clichÃ©d images of the country, says Watson. Prior to its launch, scheduled for August, Duffy is creating a series of ‘teaser’ leaflets, which will be hung around the bottle neck.

The leaflets will cover subjects including food, heritage and wine, designed to offer a taste of the book. They will be distributed randomly,’ Watson says.

Duffy will be organising photo shoots in Argentina and visiting vineyards for inspiration for a book. ‘The aim of the campaign is not to give Argento a “marketed” look. Rather, we want people to discover the brand for themselves,’ Watson says.

Until now Argentina’s only branded wine has not been brought to life for consumers, says Bibendum brand manager Scot McRae.

Duffy is also creating a CD of Argentinian music and readings to accompany the book as well as a website.