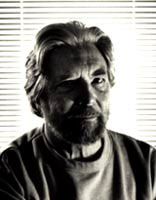 The graphic designer, author and teacher Herbert Spencer was a lifelong champion of the modernist approach to typography, he became a catalyst for change through his writing and teaching. The magazine he founded and edited for 18 years, Typographica, was required reading for any designer wishing to embrace the new ideology.

The exhibition Purpose and Pleasure, which he curated in 1952, and the book published in the same year, Design in British Printing, inspired the new generation of British designers who emerged from the grey aftermath of World War II and who would ultimately lead the 1960s revolution in graphics.

He was editor of Penrose Annual from 1964 to1973, a member of Alliance Graphic International and Professor of Graphic Arts at the Royal College of Art from 1978 to1985. He was made a Royal Designer for Industry in 1965, and in 1979 became Master of the RDI Faculty.

Spencer will be sadly missed. He will live on in the rich legacy of work he that leaves behind to inspire new generations of designers.