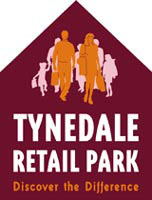 The first work by The Formation Creative Consultants will be unveiled on the Tynedale Retail Park in Northumberland this weekend, as part of a £100 000-plus programme for the park’s owner Merchant Retail Group.

The Formation is in the throes of three separate jobs for Merchant, which will secure the consultancy at least £100 000 in fees.

The first work to launch is the design of a brand identity, interiors, signage, literature, packaging and point-of-sale material for the retail park, which opens on 23 March.

The 18 580m2 park compromises a discount fashion outlet, home furnishing store, garden centre and restaurant. The project is worth £50 000.

The consultancy is still at the first stage of work for the Cosmetic Shop, which will open later this year. The job includes the design of a brand identity, in-store graphics and point-of-sale material.

It is also working with Steve Turner Design on the creation of merchandising units. First stage work will result in a £25 000 fee for The Formation.

Second stage work will include packaging, literature and stationery, but a fee has yet to be confirmed. All work will launch with the opening of the store.

Finally, the consultancy is conducting research into the brand position of the De Gruchy department store in Jersey, which will be concluded in May. The work will then lead to a rebranding of the store, including new identity, signage, literature, packaging and point-of-sale material.

The consultancy has so far commanded a fee of £25 000, which includes research and identity design. The remainder of the fee has yet to be confirmed. Work at De Gruchy will be unveiled over a rolling programme of three years, beginning later in the year.

Clarks to step out with Airside site