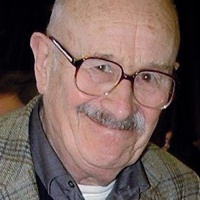 I’ve just had the rare experience of reading some long copy in an advertisement.

Contemporary communication, we are told, is visual. The picture tells the story and the copywriter provides a caption and maybe a supporting sentence. So it was refreshing to discover an ad where the headline intrigued, stimulated the reader to find out more and delivered an argument in some 150 words.

That total, though, would have seemed modest when certain copywriters were in their prime and when readers were prepared to peruse their prose. I should explain, though, the ad in question is addressed to a mature audience, those contemplating their wills, and asks that they remember a charity with a legacy. In this case it is the visual, a small line illustration, which provides the caption. The big picture, as it were, is drawn verbally in the mind. And, of course, the reader’s mind has to cooperate, pay attention.

Attention span, allegedly, has shortened. Theatre director Sir Peter Hall, a decade ago, feared future audiences would not be able to sit through a Shakespeare play. This month Germaine Greer, writing in The Guardian, berates TV executives focusing on a ‘public with a three-minute attention span’.

What causes attention deficit? Lack of practice, time, motivation? The Internet? Messages, it seems, must be instant – otherwise no chance, unless you’re a master of the art of written and verbal communication. But the creative environment is not friendly for the writer of long copy. I have worked with art directors who regard body copy as a design element, measured rather than understood, who’d tell me how many centimetres of text was needed.

Needed? Why not dispense with it altogether, especially if one picture is worth…, and so on? But no, a piece of text is a useful adjunct even if nobody reads it. It conveys reassurance. The product has something to say about itself and if ‘readers’ actually want to read it, they can.

But, commentators assert, people don’t really read as in the old days. Not on screen they don’t. They search. They don’t so much take in as scan and skim. These two words I used interchangeably till I consulted my Chambers dictionary. ‘Scan’, I was surprised to discover, means both ‘to examine closely’ and ‘to cast an eye negligently over’. ‘Skim’ is unambiguous: ‘to read superficially and skippingly’. So if anyone in authority asks you, ‘Have you read this document ?’, to reply that you have scanned it gives you room for manoeuvre.

Today’s copywriter has to work harder. Not that the skills required are different – the elements of the art of persuasion are generations old.

What has changed are the technical means of delivery and, for the consumer, the pressures of time and, most recently, disposable income.

The writer has to earn the reader’s involvement. Copy should not tell, but converse.

It’s not monologue, but one half of a dialogue. The writer should anticipate the reader’s reaction and answer it. One other word of advice before I dismount from my hobby-horse. Copy needs to be spiced with variety. Text can bore if every sentence is a statement. The judicious use of other types of sentence – question, exclamation, command, wish – provides light and shade.

So you thought text was just a design element? Phooey.

Take a closer look. Let’s hope it changes your mind.