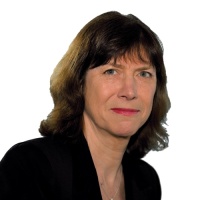 Navyblue’s decision to set up shop there could herald a new source of work, not just for the Anglo-Scottish branding group, which counts an identity for the Oman Botanic Garden among its projects (see News, page 3), but for other consultancies experiencing wanderlust as jobs closer to home are put on hold.

Moving into the Middle East – or any overseas market – isn’t everyone’s cup of tea and decisions like Navyblue’s aren’t taken lightly. The consultancy has been building its capability to service overseas clients, rather than just UKbased multinationals, for a year or more.

Running offices abroad can be risky and demand considerable time and input from senior players back home. Meanwhile, cultural differences between countries can put huge pressures on business dealings.

But these hurdles are not insurmountable, as independents like Start Creative and Saffron Brand Consultants and networked groups such as The Brand Union, Fitch and Landor have shown. You have to be fleet of foot as markets shift, and have a strong team or agent on the ground to develop client relationships. Start Creative and its sister group Judge Gill are working in Hong Kong, Russia and beyond, and have interesting stories to tell (see Business Insight, page 21).

Nor do you have to open a local office to succeed. Some, such as Priestman Goode, with massive transport wins in China and elsewhere, prefer to run projects from a strong home base. But overseas work can have a positive impact on a consultancy’s finances, as the results of the Design Week Top 100 survey, published next week, will show.

The important thing is to develop a strategy for it – as Navyblue has done – rather than follow the whim of an overly optimistic client. You should also court advice from the likes of UK Trade & Investment and those who’ve blazed the trail. But it could be worth a shot.