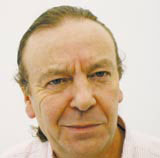 Giles Marking, managing director at Fitch London until his departure in December 2001, has resurfaced with his own group, Marking Design, staffed by ex-Fitch employees.

The group, which began trading earlier this month, is to focus on retail interiors and ‘branding in relation to interiors’, says Marking, who numbers UK retailer Debenhams and the Japanese franchisee of Italian coffee shop chain Segafredo among his initial wins.

According to Marking, the consultancy is working on five separate briefs for Debenhams, ranging from ‘a cosmetics department revamp’ to the refurbishment of a department store in Preston, scheduled to open next September.

The consultancy is also working on a new-build outlet for the retailer.

A Fitch London spokeswoman maintains the group is also working with Debenhams and Segafredo.

Marking Design is also engaged with a number of undisclosed hospitality and restaurant clients in the UK, in addition to several retail projects overseas, Marking says.

Marking, who joined Fitch in 1976, held a number of senior design and management positions with the consultancy before his departure ‘by mutual agreement’ late last year.

Purple Circle client in green around the gills shocker

DW gets a roasting from an academic authority