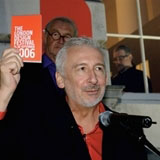 Dramatic changes to the running of the London Design Festival could be in place as early as next year it emerged this week, during the opening of the fourth London event.

The London Development Agency and its creative industries arm Creative London, which provides the festival’s core funding, is to begin the ‘first full-scale economic evaluation’ of the festival to ascertain if it is providing value for money.

Depending on the recommendations of Stratagem, the management consultancy tasked with the evaluation, the LDA could go as far as backing a new festival organising team for next year’s event. This would potentially become the main beneficiary of the LDA’s funding, which this year amounted to £200 000.

‘We have been the main funder of the London Design Festival for the past few years and we now feel it is time to do an evaluation of its economic performance,’ says Creative London policy manager Tom Campbell. ‘We have appointed an external consultancy to do an evaluation in terms of the value for money it is providing, and they will be reporting back their findings round about mid-October.’

The unexpected move leaves a question mark over the future tenure of the existing organiser – London Design Festival Limited – the company, set up by John Sorrell (pictured) in 2003, which has run the festival for the past four years and which owns the intellectual property rights to the LDF brand.

According to senior industry sources, a tender process to procure external services to run a series of design events in London is being put together in the event that the LDA finds the need to appoint a new organiser.

‘It would be wrong to say that a tender has already begun,’ says Campbell, ‘but one recommendation could be to put [the running of the festival] out to tender and invite various bodies or magazines, which feel they can make a case for running it, to do so.’

A number of key names from the industry have been linked speculatively to new or possible design events in the capital, including design advisor Ricky Burdett, journalist Marcus Fairs, designer Tom Dixon and curator Max Fraser.

• Established in 2003 – this is the fourth festival

• Initially revolved around World Creative Forum, which was dropped after two years

The write way to do business