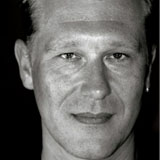 You only appreciate the well-designed comfort-zone of home when, says Jim Davies, you leave it behind to enter the unknown… on the dreaded summer holiday

Like a country curate, most good design is quietly unassuming. It knows its place, puts its head down and conscientiously gets on with the job in hand. Of course, a sprinkling of elegance and personality always comes as a welcome bonus, but so long as design keeps on doing what it’s supposed to do time after time after time, it has served its purpose and deserves a hearty slap on the back.

Which is exactly what it doesn’t get. The gleaming toaster that produces crisp golden-brown toast every breakfast. The proud T-shirt that keeps its shape and colour no matter how often its worn and washed. The efficient train timetable that can always be relied upon on to tell you when your carriage should have arrived. Your faithful bone-china mug. We take these small but ever-reliable objects for granted until they are suddenly wrested from us when we take a step into the unknown… by going away on holiday.

Consciously and sub-consciously, at home we’ve created a kind of design haven where, barring the lapse of taste or judgement, our immediate world is just how we want it – and by and large, it works. But venture away from our respective castles, and, at a stroke, we are removed from our comfort zones, left to wrestle with a hellish environment that has seemingly been designed for a midget alien.

For me, the torture starts on the plane. I was under the impression that the world’s population was getting progressively taller – but this late-breaking news seems to have passed the airline people by. I may be slightly over average height at 6ft 2ins, but nevertheless I’d quite like my thigh bone to fit between the backrest and the seat in front, rather than having to hike my knees up to my ears like a promising Mumbai street contortionist for several hours. For me, the captain’s silky invitation to ‘sit back, relax and enjoy the flight’ tends to be muffled by the sound of another vertebra saying goodbye to its fellows.

So I lay the gauntlet down to you ergonomic designers – set the chairs at an angle, scoop the back of the seat in front, think of some suitably ingenious solution to create a tad more leg room. I realise this may be a case of fitting a quart into a pint pot, and you’ll probably just advise me to upgrade my ticket, but surely, surely, there must be a way.

As it starts, so it continues. The rest of my holiday is a litany of unswervingly poor and consummately irritating design. A basin plug that is too small, rendering it less than useless; a shower head that’s set at child height and won’t budge; an in-room kettle that sounds like a helicopter coming in to land; an air-conditioning system that chugs and splutters as if it has severe tuberculosis before dripping insistently throughout the night in the manner of a sadistic Chinese water torturer.

I neglected to mention that the country in question is Greece. And despite having just claim to be the cradle of civilisation, philosophy and mathematics, devising a plumbing system that can cope with the merest suggestion of toilet paper is apparently a conundrum too far.

I don’t mean to come over all Victor Meldrew. After all, holidays do have their up side. After a couple of days chilling on the beach, the aforementioned design flaws become more comic than irksome. And then all I have to do is steel myself for the rigours of the return flight.

The Havas and have nots