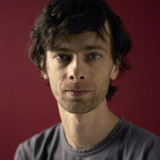 Moritz Waldemeyer’s inventive and playful forays into technology have attracted the big guns of design. So where, asks Clare Dowdy, will his ‘mechatronics’ and his high-profile collaborations take him next?

Moritz Waldemeyer has a unique selling point. He’s perfected what is known as ‘mechatronics’, a novel combination of mechanical engineering (the ‘mecha’), electronic engineering (the ‘tronics’) and software engineering. It’s a specialised skill set – plus an element of being in the right place at the right time – that has left him in increasing demand by the established design scene. He’s received commissions from the likes of Ron Arad, Zaha Hadid, Philippe Starck, Tord Boontje and Yves Behar, and has a collaboration with Thomas Heatherwick in the pipeline. 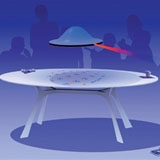 Waldemeyer can make designers’ wildest techie dreams come true. Hence the extraordinary kitchen with Zaha Hadid made from DuPont’s thermosetting plastic, Corian. But he didn’t arrive on the scene as a fully fledged ‘mechatronician’. He did his time – almost four years – at Philips Research Labs in Redhill, ending up as a conceptual designer and researcher on the wearable electronics team.

When he was looking to spread his wings, he contacted Arad. ‘I sent him an e-mail about what I do,’ he explains, ‘and he invited me to the studio to meet him.’ Arad almost immediately brought Waldemeyer in on a project, and then asked him to tutor at the Royal College of Art. 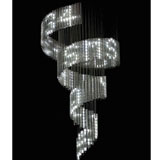 This was followed by Arad using his skills on the Swarovski Miss Haze chandelier. ‘That was such a success at Milan Furniture Fair, and it was really my launchpad,’ says Waldemeyer. ‘All of a sudden everybody knew about that project and everyone was very forthcoming.’ ‘Everyone’ in this context means Starck et al, along with manufacturers like Flos and DuPont.

He is increasingly involved in these projects. With the Miss Haze chandelier, ‘Ron had the conceptual idea and shaped things, and I handled the technical solution, the manufacturing and the detailing,’ he says. With the Hadid kitchen, ‘the part that I did I decided myself and I suggested what should be included.’ The Z Island kitchen has interactive, touch-sensitive areas and information displays on the surface of the Corian. Its touchpad and display area allow functions of the kitchen to be controlled via menus. 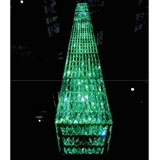 Now Waldemeyer has created his own products for DuPont. His three tables – the Pong Table, the Roulette Table and the Bar – are each made out of Corian and each has touch-sensitive areas. The Pong Table incorporates a retro-1970s Atari video game. There’s also talk of interactive installations, with Rich Mix Cultural Foundation in east London, and with Selfridges. He’s quite taken with the idea of embedding technology into architecture, and mentions that he and Arad have been talking about interactive window surfaces.

At the moment, Waldemeyer’s being offered more work than he can handle, and he would eventually like to set up a small consultancy of people with different technical backgrounds, along with a graphic and 3D designer. He also sounds a positive note for Western manufacturing. ‘As tools are getting cheaper, local manufacturing is moving back. That means we can have a more individual approach to items, rather than mass-produced,’ he says. 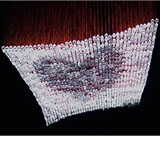 He admits that some people have become blasé and are suffering from technology fatigue, but he has his own ideas to regenerate a sense of fun. For example, he likes the idea of concrete slabs along a cycle path that are tuned to play melodies as wheels go over them. ‘I would like to rekindle a curiosity in technology by using it in playful ways that bring joy,’ he says.