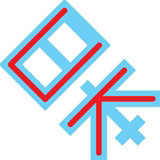 Japan’s insatiable appetite for design doesn’t make practising as a consultancy in a different culture any less of a daunting prospect. Michael Johnson enjoys the challenge and relishes the rewards of setting up business in Tokyo

Some people will have you believe that the balance of power, in design terms at least, shuffles continually from city to city like some nomadic and elusive prize.

I’ve never subscribed to that. To me it’s always been perfectly clear – if you want to get on, go to London, Paris, New York or Tokyo. Probably by virtue of its lack of tourist attractions, Tokyo has always been the odd one out, but it’s a place where you go to do, not to dawdle.

Much has been written about the Japanese affinity for all things design-related, but this truly is a design-aware culture where just the design of the manhole covers can literally stop you in your tracks in the middle of a street. 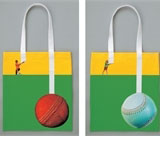 It’s a place where a simple stationery shop can hold you for hours or the Japanese equivalent of our Woolworths can leave you perplexed at a nation’s seemingly insatiable desire for yet more mechanised miniatures. Tokyo itself even has two permanent galleries dedicated to design and art direction. Now that’s got to be a world first – London doesn’t even have one, does it?

Tokyo is, of course, not a destination for the faint-hearted. Try my three-point quiz to see if you qualify. Question 1: Did you love the beginning of Bladerunner, with that amazing cityscape? Question 2: Did you laugh all the way through Lost in Translation? Question 3: Do you love the idea of always getting the wrong exit from the Tube and getting completely lost on a twice-daily basis? If you answered ‘yes’ three times, then start booking your seat.

Since the Japanese economy has recovered from its 1990s malaise, there are opportunities for designers other than the traditional 3D variety, but, of course, the working habits are legendary. I’ve now adjusted to the unique Japanese way of running a project and appreciate their desire to let a design ‘percolate’ for a while, but others struggle to adapt to an environment where ‘yes’ and ‘no’ may or may not mean what they say on the tin. 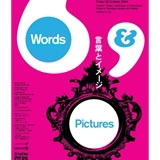 Mind you, I’ll never forget my meeting with an important art director from the agency Dentsu. Maybe I should say ‘meetings’, because it was only on the sixth meeting that he actually asked to see my work. Before that I met his friend, then had lunch, then saw his office, then saw his awards, then saw his work…

At Johnson Banks we’re enjoying the projects that are starting to come our way, but, in fairness, it’s taken three or four visits to get the ball rolling.