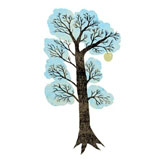 Back in 1994 when I started working at Design Week, the only jobs that designers were likely to turn down were those in tobacco. Since then, we as consumers have become increasingly sensitive about the damage that some companies and products are doing to us and the environment. Couple that with the poor press that some businesses are getting, and it’s no surprise that certain brands are falling out of favour.

Nowadays, it’s not uncommon to hear people say they are boycotting Tesco, wouldn’t be seen dead in a McDonald’s, have switched their energy provider and only buy fairtrade coffee. Or, as a report on responsible branding by the UK’s largest conservation group, WWF, called Let Them Eat Cake, reads: ‘There is strong evidence… that values are shifting at a deep level; the majority of consumers now prefer brands that are environmentally and socially responsible.’

That’s all well and good for people as consumers, but what happens when these companies step into their day job? After all, design consultancies are commercial entities, and were set up to make brands seem appealing, no matter what products they’re flogging.

However, it seems that there is a sea-change going on in parts of the design world. Some in the industry are thinking long and hard about who they work for and what they do for them.

Interestingly, this change in attitude is triggered partly not by the consultancies themselves, but by clients recognising the need to rethink their place in this new world of ‘conscience consumerism’. Yet there are also plenty of consultancies that don’t feel the need to take a moral barometer-check with every client, however ethically their staff may behave as consumers in their time off.

But the most telling observation is how difficult industry professionals find it to decide where they stand when ethical-ecological-sustainable issues become murky. Pity the poor designer who would never work for KFC because he is vegetarian, but happily services Marks & Spencer’s meat-laden food offer. In such situations, ethics become subjective. ‘None of these things are clear-cut,’ admits Sean McKnight, senior consultant at Dave.

Some groups have nailed their values to the ethical mast from the word go. Spencer du Bois, which focuses on charity and third- sector work, and Thomas Matthews, which is committed to sustainable design, are two examples. Their stances mean that they rarely have to turn unsuitable work away, because unsuitable clients don’t come knocking.

Others have a clear-cut policy, which is more including than excluding. At Ideo, any client is a desirable client, as long as it doesn’t ‘create products, services or experiences to kill people’, according to Ideo London’s managing director, Santiago Matheus. So, if Ideo was approached by another division of a weapons company that did telecoms, let’s say, ‘we would not immediately turn our noses up’, he explains.

Williams Murray Hamm and JHP are also loathed to turn work away on ‘consumer conscience’ principles. In JHP managing director Steve Collis’s view, ‘there is the sense that something else (such as the Government) has taken the responsibility, so that if a product gets to you (the consumer), it has already been cleaned up.’ 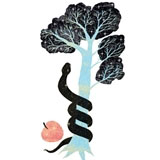 This means that while JHP declined work in 1980s apartheid South Africa, Collis would have no qualms about working for ‘Burger King or Gordon Ramsay’. Others might say that being law-abiding alone is no guarantee of good behaviour.

Meanwhile, WMH director Richard Murray boycotts Tesco as a consumer, but would happily work for it. ‘We are in business to be in business and not everyone (in the studio) would have to work on it,’ he says.

Sophie Matthews, director at Thomas Matthews, whose raison d’être is sustainability, disagrees. ‘Designers have the power to influence the consumer. We have to think about where we stand, and be responsible for all our actions. I tend to live the way I work,’ she says.

That internal selection process mentioned by Murray is open to the bigger groups (the client that caused the biggest debate was the Conservative Party), but it hardly seems a feasible option to a small outfit. In those situations, democratic decision-making sometimes kicks in.

For others, the decision-making process is very personal, often on a project-by-project basis, and not always for obviously ethical reasons. For Caulder Moore creative director Ian Caulder, McDonald’s would be off-limits. ‘I have two children with food allergies and I’m very anti chemicals and promotion to children.’

While some, such as Section D in Harrogate, relish the idea of turning away a big client on ethical grounds, others are more concerned about the quality of the work. Kim Crawford, managing director at recruitment consultancy Periscope, finds it very difficult to get recruits for fast-food companies, not because of their poor profile, but ‘because of the quality of the work and the boredom factor’.

Another way of getting out of an unpolitically correct job is to make yourself ineligible for it. ‘We disqualify ourselves from pitches and proposals by writing what we think,’ says Wolff Olins executive creative director Patrick Cox. He cites a prospect that had ‘a big impact on the environment. We wrote that if they wanted to reinvent the future of their industry, then we would love to work with them. They didn’t want to.’

Some consultancies leapfrog any moral dilemmas in the belief that they can change a company’s ethics from within. This is not about everybody turning their back on big business – design groups, after all, are striving to be commercially successful operations themselves.

Or as Cox at Wolff Olins puts it, ‘The smart client companies are realising that they won’t be able to sell the same products to the same people in the same way. They are talking to us about the products that will shape their futures. It’s about provenance, meaning who got hurt if a product has been made cheaply.

‘We look for companies that understand that the world is changing this way. Whatever it is, the product needs to fit the values of the new world. So it’s naive to think you can’t work with big industrial companies.’

The insider approach is advocated by WWF’s Let Them Eat Cake report, which states, ‘There are huge market opportunities waiting for canny marketers who tune in to deep shifts in societal values.’ Caulder echoes this. ‘If you just blank certain clients, you can’t change them from the inside,’ he says.

Many consultancies have strong examples of how they’ve changed the behaviour of clients in this way. Thomas Matthews pulled it off with the redesign of Lambeth Council’s anti-crack mailshot. ‘It wasn’t being printed on sustainable paper, so we wrote that into the remit,’ says Matthews, adding, ‘If you can work from the inside then you have more of an impact than ranting on the outside.’

And many believe that if a client can embrace contemporary consumers’ concerns, they can actually get some marketing mileage out of them and turn them into a point of difference. ‘I really see a change as people see the commercial benefit linked with the environmental. Otherwise, it’s an abdication of responsibility,’ according to Dave consultant Sine Old.

And while there is increasing awareness of the critical eye that consumers are casting over brands these days, brand-owners themselves are starting to look to their suppliers for the ‘right’ qualities.

‘Clients are just beginning to screen consultancies for their sustainability credentials. This practice is likely to increase, and design groups should be ready to respond,’ says WWF. Perhaps other consultancies will follow Dave’s example and go carbon neutral.