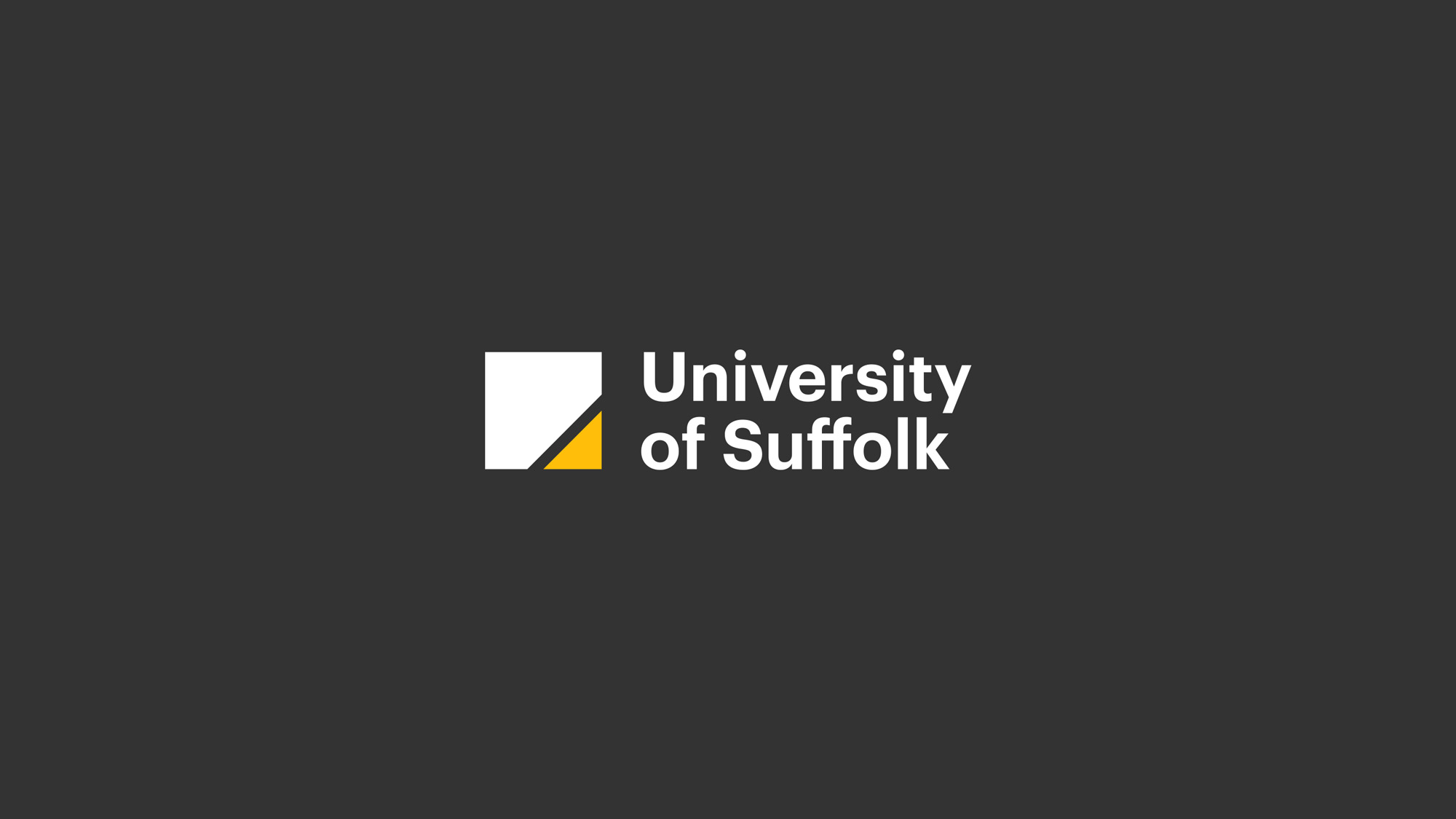 University of Suffolk has been rebranded by Only Studio to better reflect its newly acquired full university status.

Formerly the University Campus Suffolk, the name change and new look are a response to the university no longer needing to have its degrees signed off by other institutions.

The old look was “multi-coloured and youthful” according to Only Studio creative director Matthew Tweddle who says that while the old logo supplied a local market well, one of the requirements of the new brand is appealing to international students.

Tweddle says: “With the change of status, the University were keen to reference ‘change’ as a theme central to their core proposition — that of a new university for a changing world.

A forward facing angle is used through the identity to reflect progressive change, and to create reference to the University’s location in the South East of England within the logo itself.”

All of the elements of the new identity are different. The old identity was set in Helvetica and the new one is set in Commercial Types Graphik.

The old logo had a “confusing rainbow of options”, with staff picking their own colours but the new one has a yellow, grey and white palette, which has been chosen for its “non-traditional feel”. Yellow is also a colour that the county is associated with.

New guidelines are in place and a roll out is in action, which includes this new website as well as prospectuses and campaigns. 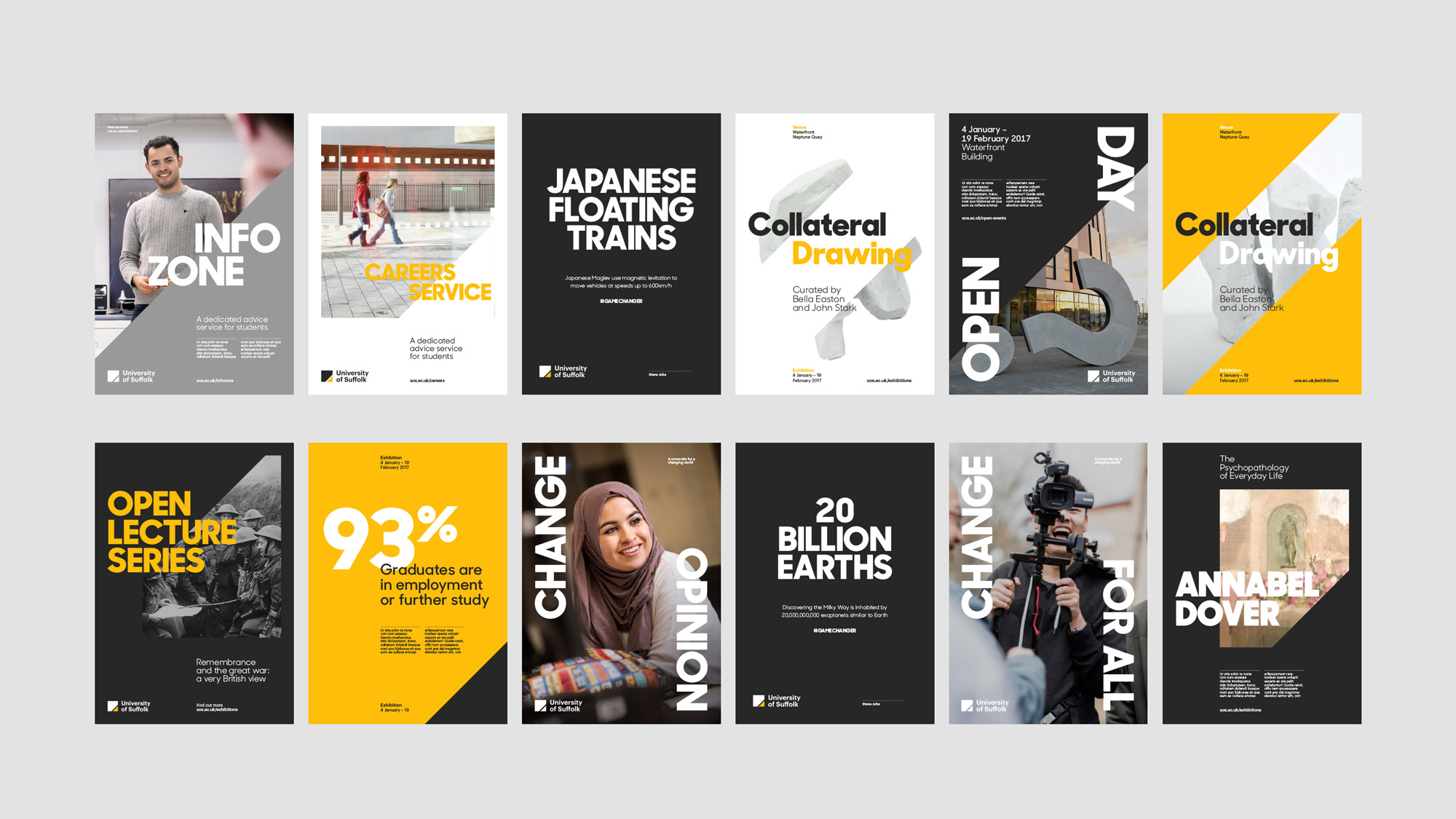 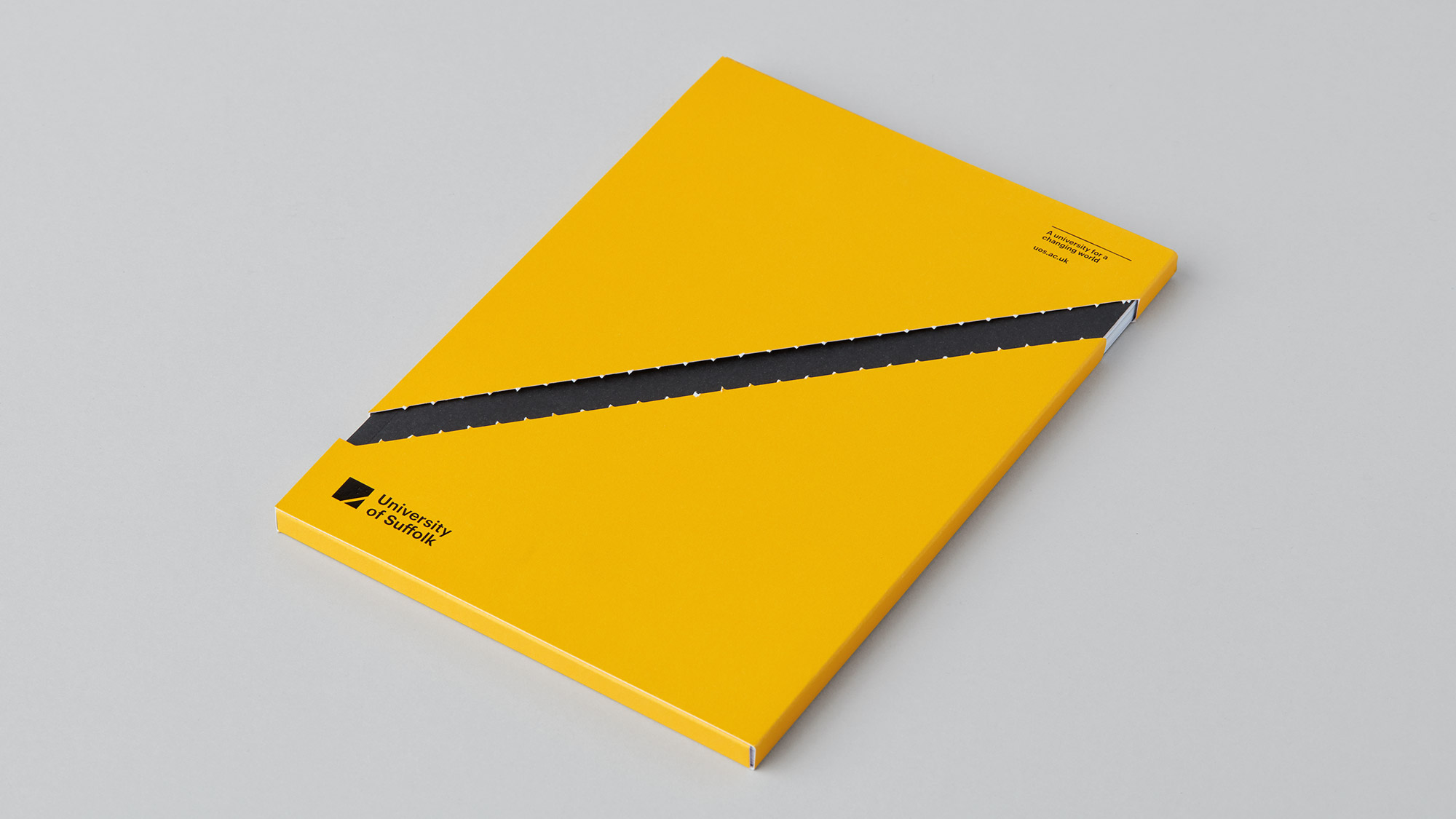 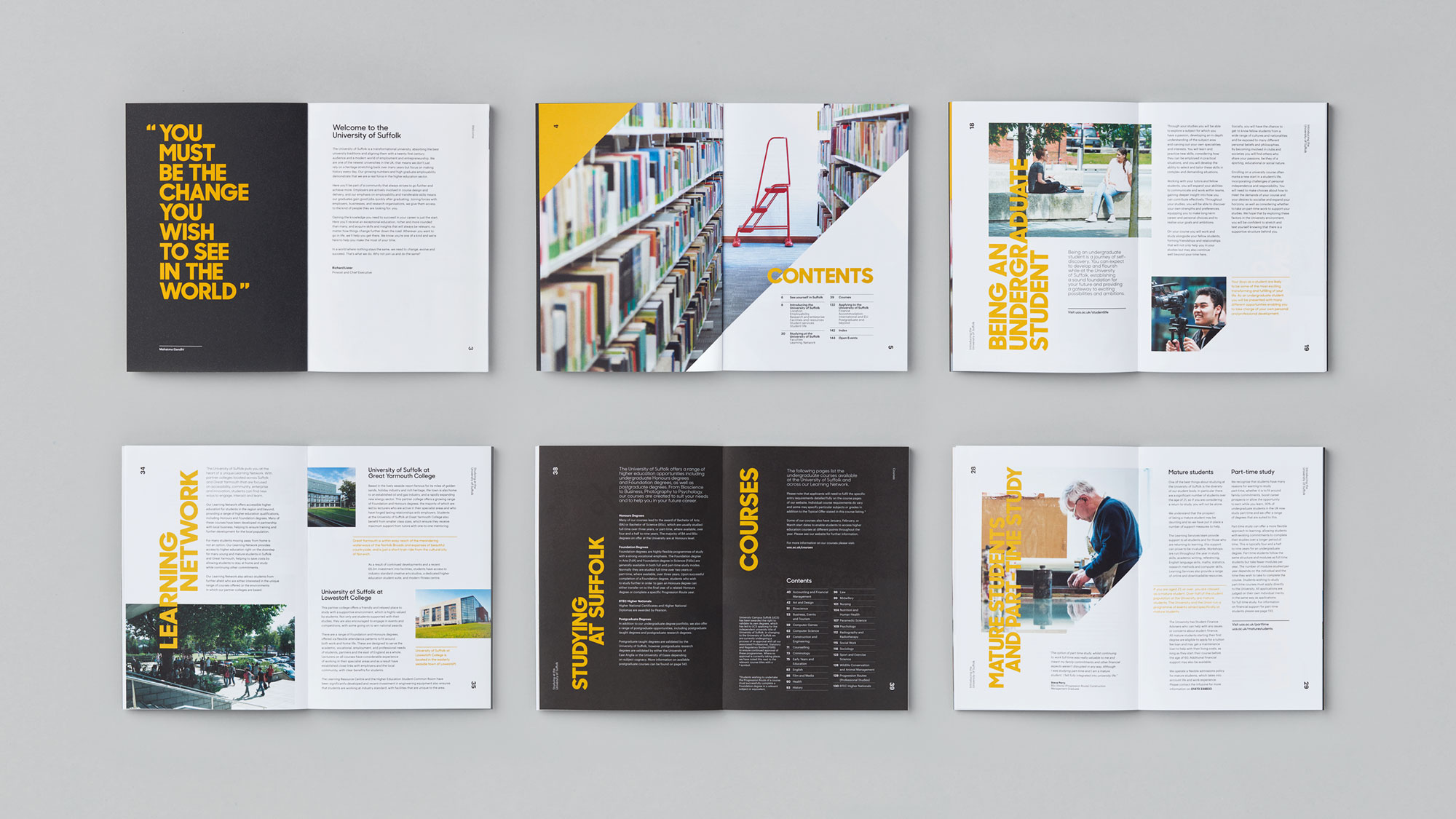 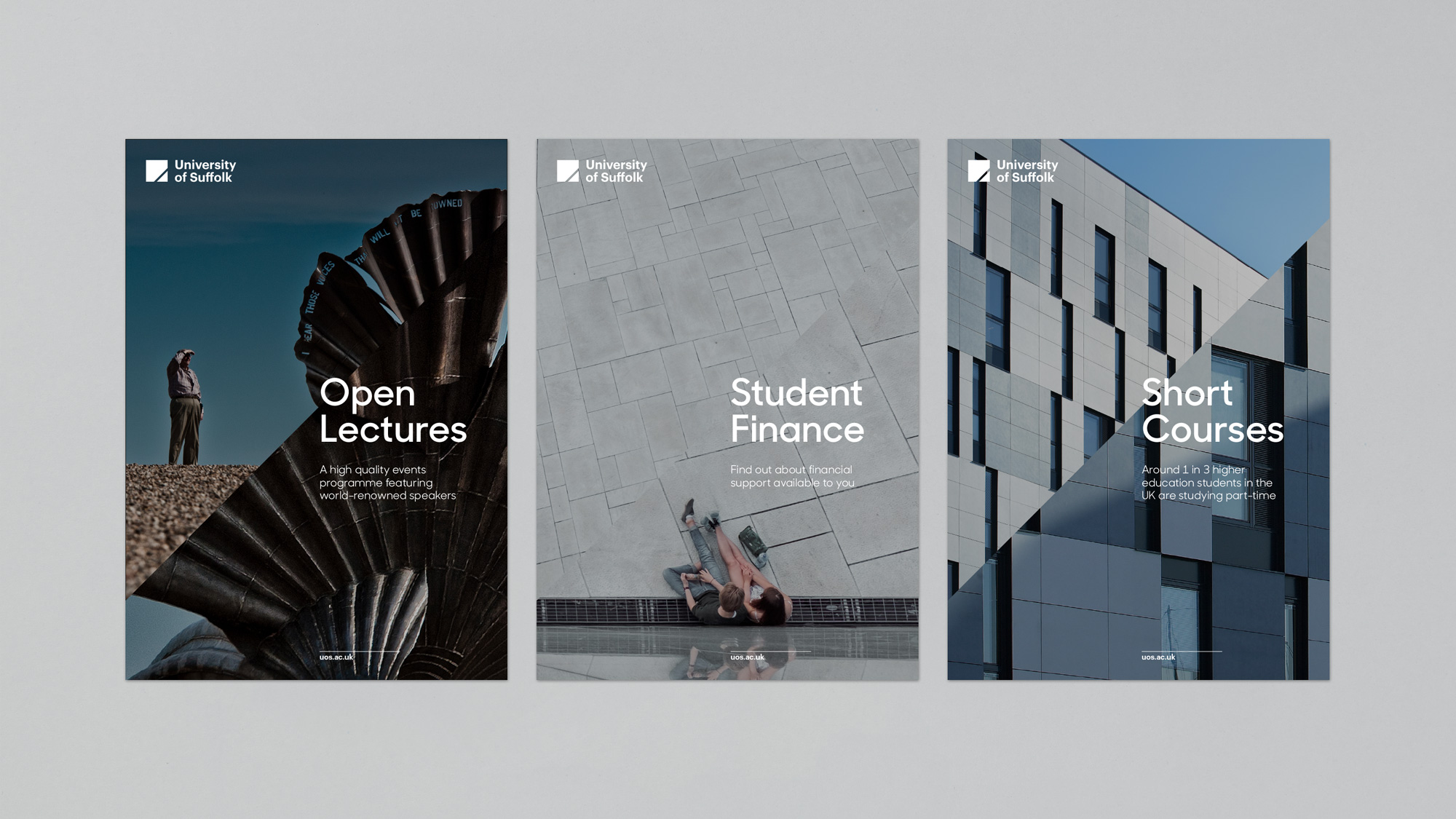 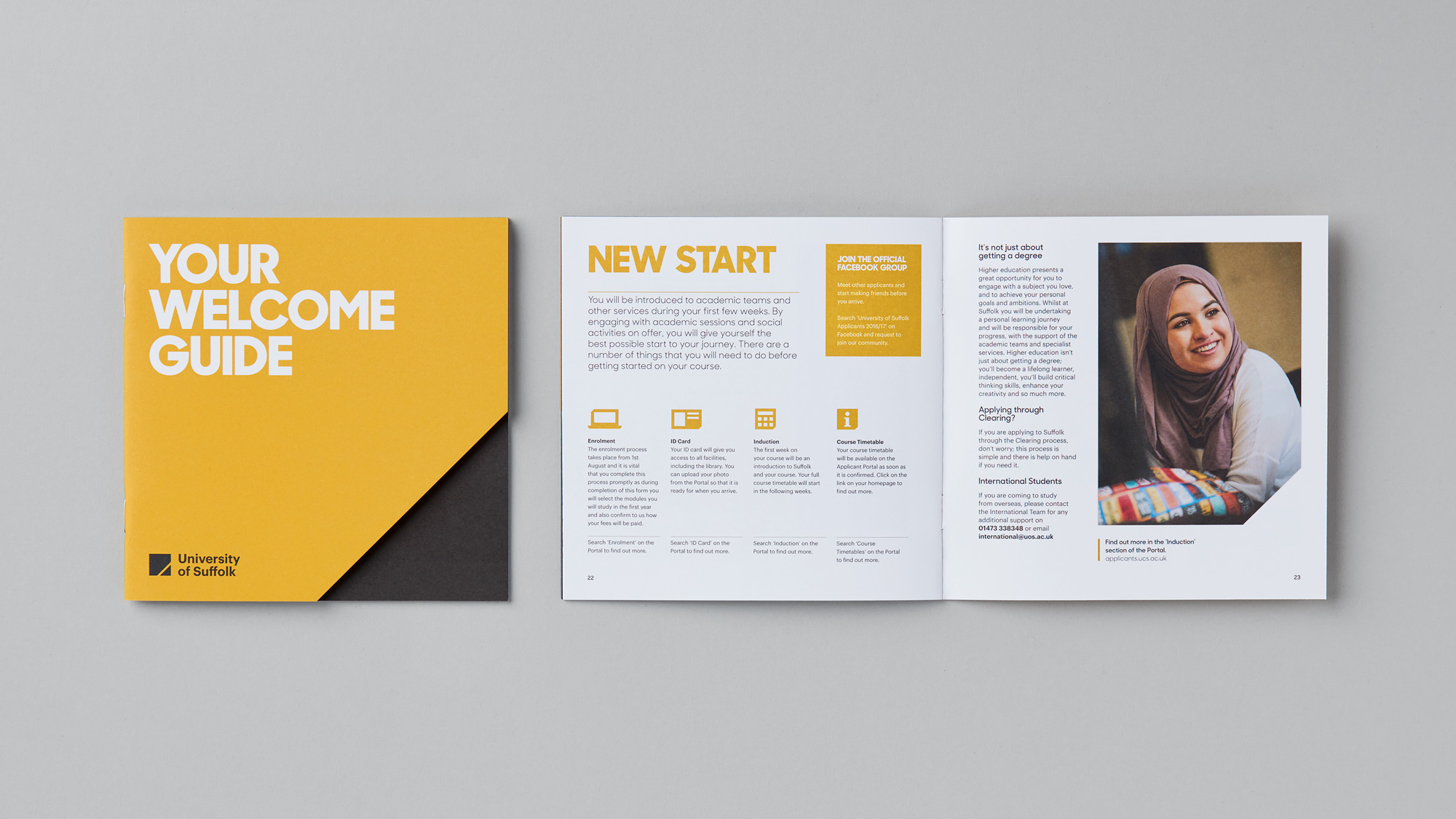 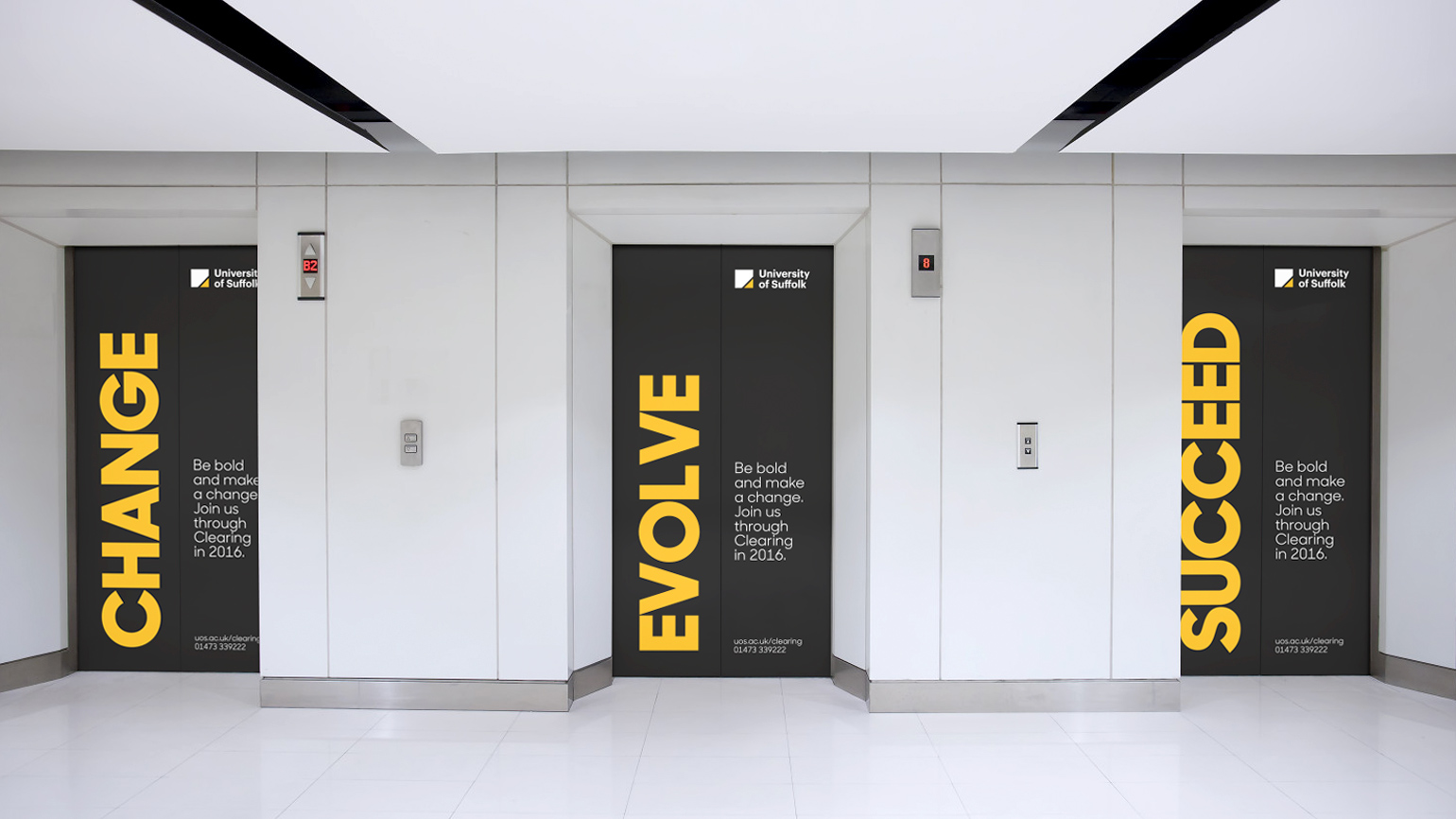 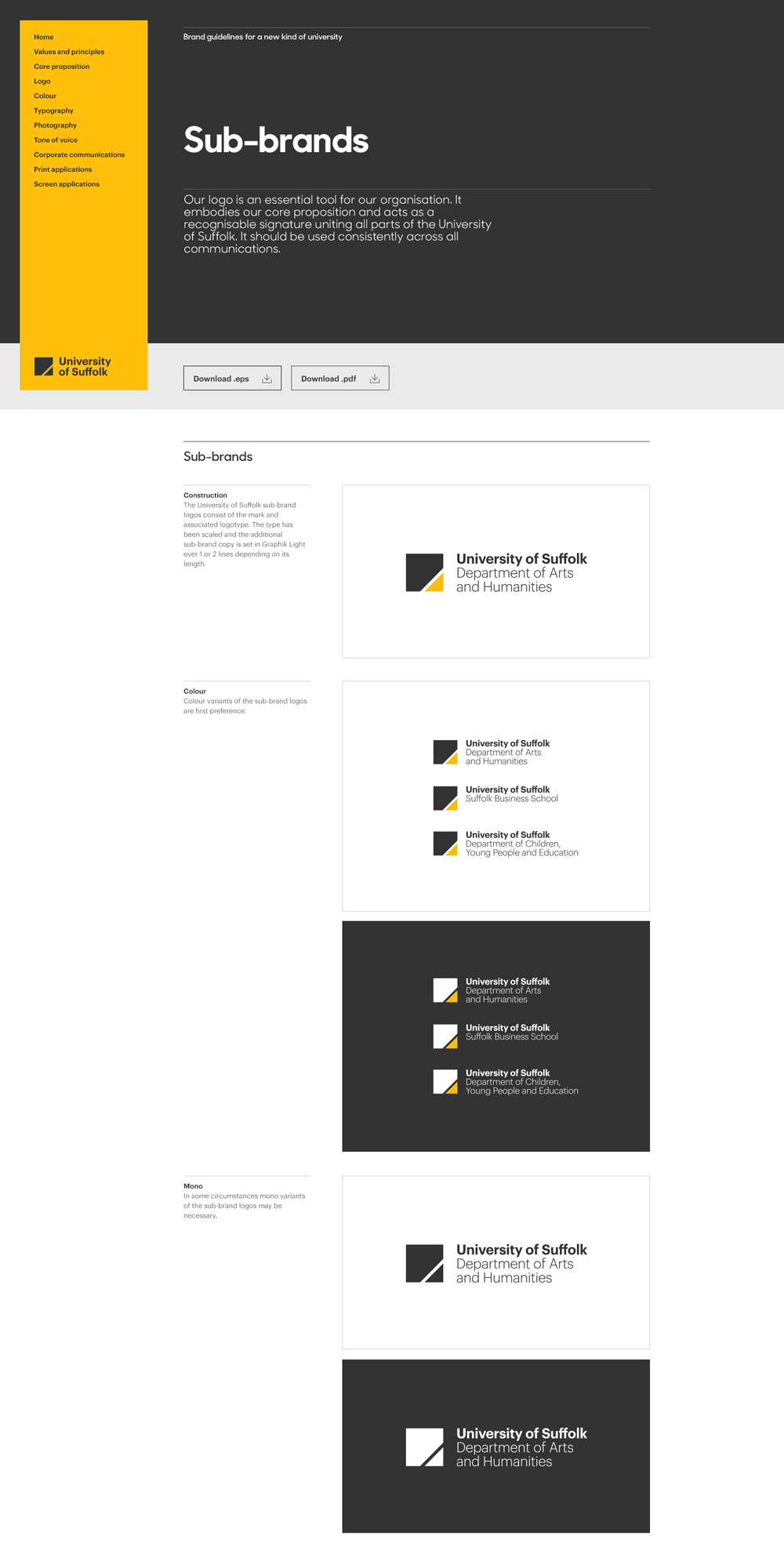