A new platform dedicated to raising the profile of women’s sport through culture has launched.

Glorious is an online membership and community platform, which will feature work from photographers, filmmakers, illustrators and more, as well as sportswomen themselves.

The platform comes as women’s sport continues to rise in popularity, proven by a number of high profile events like netball being introduced at the Commonwealth Games, the US Women’s Soccer team generating more revenue than their male equivalents, and the long-awaited award of professional contracts for UK sportswomen in football, rugby union and cricket.

However, for all its successes, a stigma still exists: women often aren’t paid as much as their male peers, don’t have as much money invested in their talent, or aren’t promoted as well. Glorious aims to change this by giving women’s sport “the cultural following it deserves”, according to the platform. 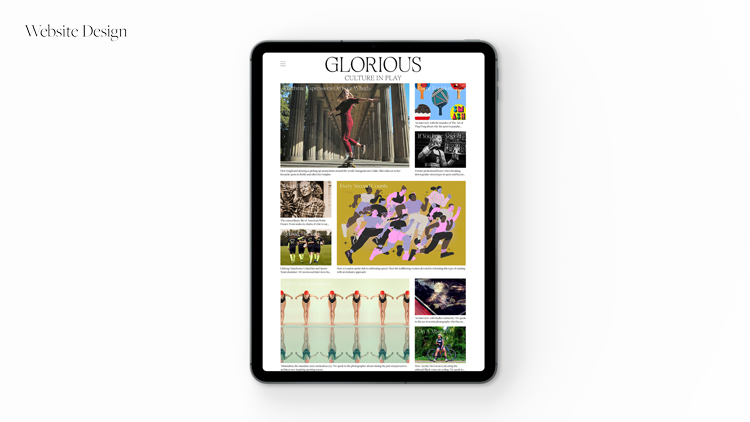 Martin Root is the co-founder of Glorious, as well as the eponymous Root design studio, which has undertaken all creative elements of the platform and brand including naming, strategy, website design, art direction and merchandise.

Root explains the original idea was to create a magazine for a specific woman’s sport. However, this was too narrow for the “amazing creative community of illustrators, filmmakers and artists that could be brought to the project”.

Instead, the platform focuses on all sport and the creatives that capture it in their various mediums. Collaborators so far include photographer Coco Capitán and designer Kelly Anna, while sports include everything from scuba diving and rounders, to MMA Fighting, basketball and football. 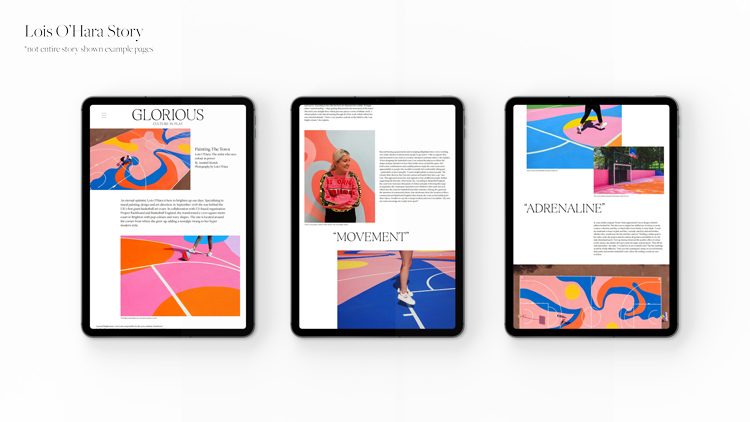 “Pushes the confines of the digital boundaries”

The brief for the work was to create “an online club that would appeal to women of all ages and sporting ability, with a love of culture and the lifestyle that surrounds sport,” says Root.

With this in mind, Root says the team was initially inspired by the definition of “sport” in the English Oxford Dictionary. That definition is: “senses relating to play, pleasure or entertainment”.

In keeping with the definition, Root explains the design of the platform is playful, while still allowing the varied content to “breathe and compliment” each other.

“[It] has energy and pushes the confines of the digital boundaries, but is still functional to the member,” he says. The magazine-style layout could “easily translate to print” in the future, he says, while the image-led styling will work well in future documentaries produced under the brand. 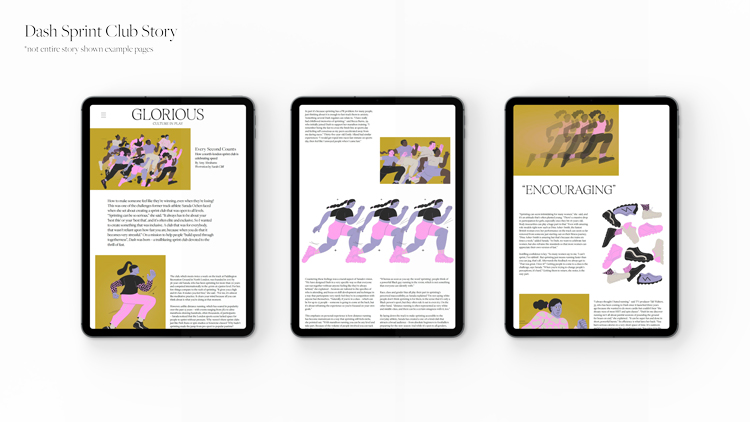 “A vehicle for creativity”

Root says it was an intentional decision to distance Glorious from the news and stats sport websites elsewhere on the internet.

These sites often “only use stock imagery”, and while they have a definite place and audience, he says they are not “a vehicle for creativity in illustration, filmmaking and great storytelling”.

For the same reason, the team “stayed away from” traditional sans serif sporting logos for Glorious, instead working with Monotype and the typeface Hoban to craft the wordmark.

“We changed the typeface slightly to be completely unique and the result is distinctive and memorable when small or seen at a large scale and on streaming platforms,” says Root.

The signature ‘G’ character, as well as the flourish with the ‘R’, are intended to represent how Glorious is a meeting of sport and lifestyle, he adds. 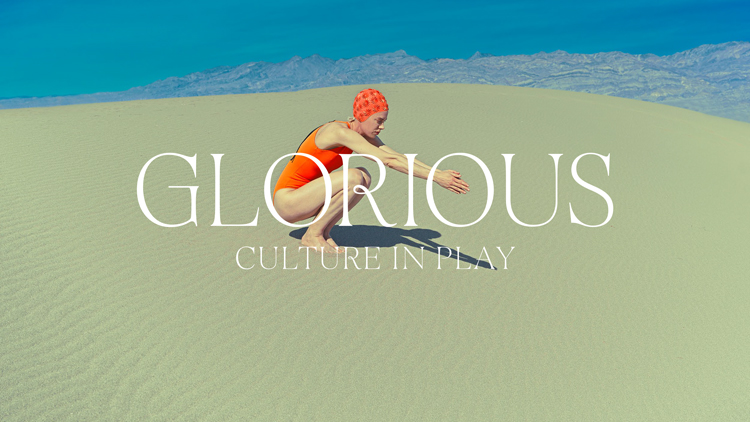 “Work together with a common voice”

With such a visually-led platform, Root says the biggest challenge throughout the three-year project was creating original photography and film for the brand under Covid safety restrictions.

“[We needed to be able to] mix the diverse content so it worked together with a common voice and Glorious’ brand values on all platforms,” he says.

Nevertheless, Root adds that the platform and its content is all the more relevant because of the pandemic, and the “challenging times” it has brought on for women’s sport.