The work includes updates to the packaging as well as a range of illustrations for Eichhof’s experimental craft range.

Eichhof has been brewed in Lucerne, Switzerland for more than 185 years. It is now owned by Heineken though has strong community ties, according to Pearlfisher head of strategy Kristoffer Fink Parup.

“Eichhof is legendary in the central Switzerland region but its current aesthetic was inconsistent and there was little distinction across the portfolio and on shelf,” he adds. “We wanted to reinforce the sense of community, locality and brewing tradition that makes Eichhof so special.”

“Going deep into the DNA of Eichhof” 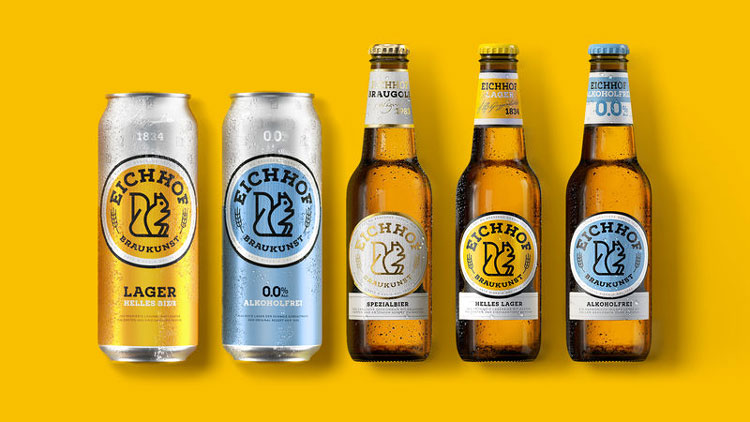 The design process involved “going deep into the DNA of Eichhof”, according to Parup. “As part of this exercise came the realisation that Eichhof has always been experimenting,” he says, pointing to its first speciality brews.

On a visit to the brewery the design team discovered a round wooden table, which featured engraving of different traditions at the brewery. One section of the table was left intentionally blank so that new traditions were added, Parup explains.

This inspired the project’s mantra of ‘Neue Traditionen’, which “communicates both the history and innovation of Eichhof”, Parup says.

“It perfectly balances something traditional and something modern” 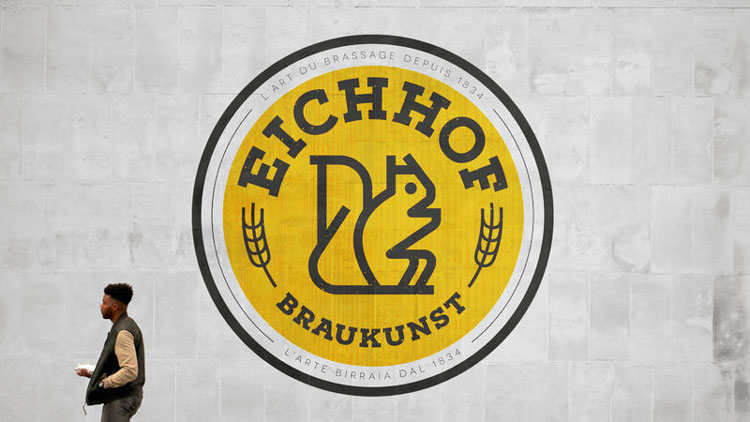 The most prominent part of the redesign is the Eichhof squirrel. Pearlfisher design director Sam Lachlan explains that this is the original squirrel design from the 1960s. “This is by far the most iconic rendition of the squirrel,” he says. “Some people have it tattooed.”

“It perfectly balances something traditional and something modern,” Lachlan adds, and echoes the idea of ‘Neue Traditionen’.

The wordmark has been redrawn “to echo the line work of the iconic Eichhof squirrel”, Lachlan says. The slab serif typography also pays homage to the forms seen within the animal icon, he adds.

“Letterpress print texture and wood grain were introduced to support the idea of craftsmanship and again link back to the squirrel,” Lachlan adds. 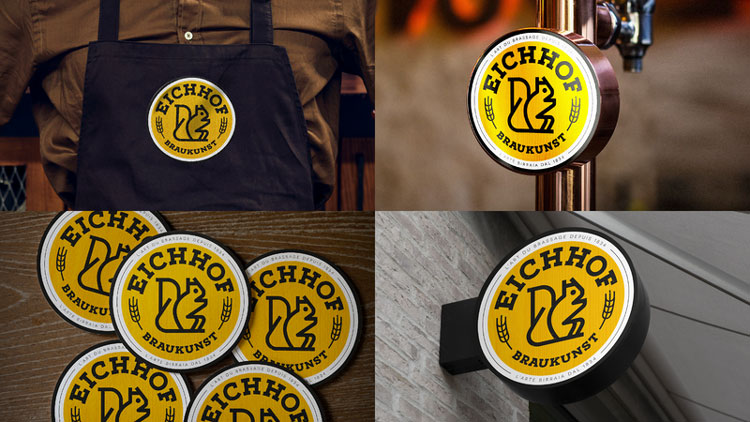 The brand’s yellow colour palette has been retained and the labels feature details of the beer’s founder and its founding date. A repeating squirrel pattern now also appears across the beer can.

New label designs have also been created for Eichhof’s specialty beer range. For this, Pearlfisher worked with Lucerne-based artist Amadeus Waltenspühl to craft a series of six illustrations.

What do you think of the new look for Eichhof? Let us know in the comments below.

Designers and scientists are uniting to develop UV cleaning products