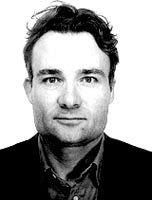 The controversy surrounding the Central Office of Information’s rostering arrangements has thrown the whole issue of client rosters into sharper focus. Given the Government’s practice of making consultancies pay to submit their details for consideration for a place on its rosters, the question taxing designers is: what’s in it for us?

While this practice of charging is unusual, it does highlight the need for consultancies to be cautious in their approach, as rosters will not always work in the best interests of the consultancy.

Indeed, at first glance rosters more obviously benefit clients, which enjoy: reduced time wastage in tendering for work and re-briefing consultancies on their brands, their sectors and their agendas; increased efficiency and discounted consultancy fees; and greater consultancy loyalty.

The consultancy, meanwhile, has no guarantee of work, or value of work, and may even be restricted from working for client competitors, thereby limiting the consultancy’s opportunity to gain effective experience in a particular sector.

And while inclusion on a roster should give a consultancy the opportunity to plan its business strategy, at least for a year, for some consultancies this is not the case, as those on the Microsoft UK roster, which reviews every six months, would testify.

A Microsoft UK spokeswoman defends this practice, saying, “Consultancies need to be kept on their toes”. But it is hard to see how the client, let alone the consultancy, benefits from a constant round of reviews and the time taken in managing them.

The Microsoft UK example, like the COI, is unusual, but it once again demonstrates the potential pitfalls of belonging to a roster.

M&K chairman Paul King says, Microsoft UK notwithstanding, it can be difficult for a consultancy to get on a roster because clients don’t review them often enough, while The Team managing director Julian Grice says that rosters, by definition of their complexities and application, are self-selecting.

“There is a certain amount of rigour in applying for rosters. If you are provided with a mass of documentation you need to be a consultancy of a certain size to be able to deal with that,” Grice comments.

Although Global Innovation Network founder, Richard Watson believes that, in theory, design rosters are a good thing, in practice, he says, they often don’t work. “Seventy-five per cent of rosters are badly run because they haven’t been thought out and are badly managed,” he says.

“In a worst case scenario, the roster will not guarantee work for the consultancy and it will also impose contractual restrictions on it working for competitors.”

Watson believes one of the main jobs of the client is to generate enthusiasm from a consultancy by providing good work.

“In the past, clients have used financial incentives, but this doesn’t really work. For most consultancies the incentive is to get really cracking creative work. You need a guy on the client side who is really passionate about design, but these clients are few and far between,” he says.

“Rosters have to be nurtured and reviewed. There is a danger that consultancies treat the work like bread and butter and the creative edge comes off,” he says.

Complacency, on both sides, can be a problem, but King believes as long as a roster is well-run design consultancies and clients should gain from inclusion on and operation of a roster.

He cites a well-run roster as one where consultancies are encouraged to feel part of a team, where bills are paid on time and where there’s scope to do good creative work.

Most consultancies would agree, particularly on the issue of creativity. Deepend London managing director Peter Beech says he will not consider rosters that are unlikely to provide creatively inspiring work, while Grice says his consultancy switched from the BT roster to Cable & Wireless because of the potential of better creative opportunities.

State of the Art founder and managing director Louise Harrison says designers need to be provided with a variety of work from a client in order to remain “fresh and challenged”.

Harrison adds that the inclusion on two or more client rosters in the same sector can produce predictable projects with predictable results. “Creatively, I don’t think you could offer your best work if you do too much of the same thing. The designers become stale so variety is very important,” she says.

From a well-run roster a consultancy can expect a thorough knowledge of a client and its strategies through the establishment of a long-term relationship. In turn, this can lead to a more effective design solution to a creative brief. This is a mutual benefit as the client wins in this situation, too.

A roster can bring stability to a design consultancy and allow it to plan for the future and, of course, there are financial incentives.

Minale Tattersfield managing director Alex Maranzano claims to have secured £1m worth of business annually when the group was on the NatWest roster. Now he’d expect to generate £200 000 in fees from each of the consultancy’s rosters, which include the COI and Express Dairies.

And while Harrison concedes that, since its takeover by Wal-Mart, work coming through the Asda roster is sporadic, she says inclusion on the Halifax roster has made a huge difference to her business. “Our work has quadrupled,” she says.

Despite the problems associated with rosters, most consultancies would agree that the benefits of inclusion outweigh the drawbacks, as long as the roster is well managed and fair.

Designers rarely make great business people and many rosters work because they provide a set of clearly stated guidelines and cost frameworks within which the designer can work.

But an assessment of its commercial viability needs to be made, as some consultancies could find themselves bound to a roster with little benefit in return.