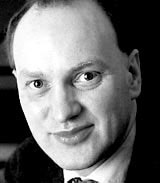 Consider the Kelvin 40. Designed by Marc Newson. It sounds as if it should be a boat, but it is not. It is a plane, but it doesn’t fly. So it is not a plane, more a designed object taking the form of a plane, and is on display at the Fondation Cartier in Paris from 24 January-2 May. What are we to make of it?

On the one hand, it is being promoted by the Cartier people as a work of art. That is understandable, since Newson is a highly sculptural designer. Any time you try to sit on one of his chairs, you are reminded of that fact. On the other hand, there is an underlying seriousness to the project. Newson describes it as a ‘concept jet’, which immediately reminds you of his famous 021C concept car for Ford in 1999, which the design community liked to think was a bit radical. To my eyes, it looked like the sort of styling exercise routinely turned out not by Newson, but Nissan. Which is not to decry it.

Seeing as cars are consumer products that most people can buy, the presentation of concept cars to styling clinics and the world’s press is a time-honoured way to gauge the commercial potential of an upcoming model. Depending on the reaction received, the concept is either abandoned or diluted to an acceptably mainstream level, then put into production. The 021C was clever in this respect. It looked believable. It was a cuddly sort of car with some practical touches, like rotating front seats to help you get in and out.

Of course, (this being Newson) it had more than a whiff of 1950s retro styling about it. Perhaps one reason that everyone isn’t driving around in Newson cars today is the awkward fact that Nissan’s more conventional retro-feel Figaro, designed in the 1980s, had gone into (very) limited production as early as 1991. A few media types in Crouch End still drive lovingly-polished Figaros, but its real legacy is the latest Nissan Micra, stylistically an update of the Morris Minor that is acceptable in a way that the ludicrous Californian-designed new Beetle is not. Still, a number of Newson’s innovations in 021C are still being explored in today’s concept cars, so its time may come. OK, that’s one thing. But a plane?

Newson has done bits and bobs of planes, like a business class seat or an executive jet interior, but Kelvin 40 is very different. Chris Kelvin, after all, is the main character in Stanislaus Lem’s novel Solaris, filmed by Andrei Tarkovsky. So we are in the realms of science fiction. We also have Newson’s much-quoted enthusiasm for the way Jack Brabham could build a winning Formula 1 racing car in his backyard in Australia. If a car, then why not a plane?

He has already done a famous riveted-aluminium recliner named Lockheed, so the aeronautical obsession has always been there. Another of Newson’s heroes, US engineer/ inventor Buckminster Fuller, played about designing cars and planes all his life. Even today, it’s possible for one person to design, build and fly a plane, usually of the microlight variety. But by taking on a jet Newson is aiming higher.

It is a hand-crafted, one-person mini-jet, and as you would expect, it looks as if it is inspired by a 1950s science fiction magazine. The way the leading edge of its wing is pushed all the way forward so that there is no nose, just wing, gives it a flying saucer appearance. It’s a nicely symmetrical object, with the oval form of the engine intake below the wing neatly counterbalancing the bulge of the cockpit on top.

Apparently, there is an engine, or at any rate engine components, in the Kelvin 40. Presumably this follows the concept car precedent, where these full-scale styling exercises are given engines to add verisimilitude, even if they can scarcely move. As to whether it is theoretically flyable, could carry enough fuel and so on, I have no idea. But what does Newson think will happen now? That a company such as Lear or Grumman or Embraer or Dassault will get on the blower and sign him up for a real-life project?

Well, why not? I’m not sure if there’s a market for tiny personal jets, but if there is, then it’d be good if they looked like this – neat, zappy things. I suppose the Kelvin 40 would be to your average Cessna what a Maserati is to a Mondeo.

But I think the French have got it right. The Fondation Cartier is not talking of practicalities, but of vision. The Kelvin 40 is not only a work of art in its view, but also ‘a vision of engineering’. That vision is not of hi-tech, but of handicraft. This is artisan’s work: one person making something. Art, craft, or design? None or all of those. There’s an interesting blurring of boundaries going on in the Newson mind.