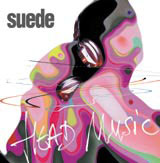 From 26 January until 27 February, Sam Winston: A Dictionary presents a ‘typographic story’.

Making Faces, from 24 January until 4 April, is a National Gallery touring exhibition that contains 22 works by artists such as Goya, Renoir and Warhol.

Graphic designer Peter Saville returns to Manchester with The Peter Saville Show, a retrospective of his life’s work (album cover pictured below). The exhibition is organised by the Design Museum and runs from 23 January-18 April.

Extended Painting is an exhibition featuring six artists from Asia, the Americas and Europe, whose work extends the possibilities of painting beyond the canvas. The exhibition runs until 14 February.

Australian artist Paul Schutze’s work (pictured below) is on display from 27 January until 21 February, at his exhibition Vertical Memory. Works include print works and two installations.