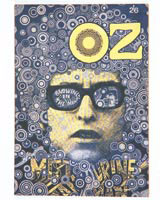 The revamped public space at London’s Barbican Centre is set to host its first exhibition – a showcase of independent British graphic design since the 1960s. Exhibition design is by Ferhan Azman and graphics are by Nick Bell. A website, designed by Hi-Res, will also be launched. Entitled Communicate, the exhibition features the work of more than 100 small independent studios, spanning publishing, the arts, music, Web design, politics, and society and identity. Rare pieces by designers such as John Sewell and Ken Garland are juxtaposed with work by emerging groups. The exhibition runs from 16 September to 23 January 2005, after which it will tour internationally.