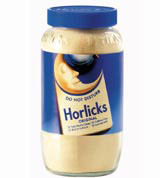 GlaxoSmithKline is to relaunch its Horlicks brand of malted food drinks on 1 August, with a revamped identity and packaging by Williams Murray Hamm.

WMH won the work, which encompasses the Original and Light variants of its Malt, Malted Chocolate and Hot Chocolate flavours, in April 2003, after a three-way credentials pitch.

It is also redesigning the brand’s website, www. horlicks.co.uk.

The brief was to communicate restful sleep to consumers and avoid the generic idea of the steaming mug, says Horlicks senior brand manager Angela Wilson. The packaging now boasts a ‘do not disturb’ sign that serves as an analogy for a good night’s sleep.

‘We launched a national advertising campaign [by Grey Worldwide London] in January, which communicated the core brand benefits of sleep and saw growth of 9.4 per cent. It seemed like a great time to take the message of the advertising and communicate it through the packaging,’ she explains.