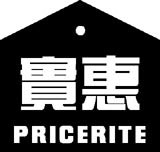 Rodney Fitch & Co has created a trial on-line venture for Hong Kong’s leading modern furniture retailer, Pricerite. It launched this week. The London-based group’s Hong Kong office was appointed to establish an e-commerce site for Pricerite, having repositioned the company over the past 18 months.

The project involved creating a new identity and relocating to a larger physical site, plus developing links with MFI and Sears as trading partners. There are now six Pricerite stores in Hong Kong.

Rodney Fitch & Co chairman Rodney Fitch says: “Three months ago Pricerite decided to put the business on-line and hook into the site as a portal for their trading partners. Currently, there is only Pricerite information; details of MFI and Sears will be introduced in due course.”

Boots loses its head of design