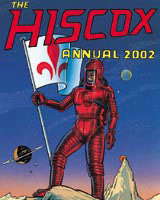 Groups working with corporate clients should be ready for changes in company law that will transform how annual reports are designed, Newcastle-based NE6 warns this week.

The Government plans to replace the traditional report and accounts with a mandatory Operating and Financial Review by 2005. The aim is to make company statistics more accessible and intelligible for investors, but progress has been slow since the proposals were unveiled in July 2002. Last week, a House of Commons committee urged ministers to put a Companies Bill before Parliament as soon as possible.

Legislation would mean the end of annual reports in their present form, says NE6 managing director David Coates, and designers should be up to speed with how new statutory requirements might affect the creation of OFRs.

‘The style of the front end of the document will change completely. Where the directors’ report is currently a snapshot of the company at that moment in time, the OFR will need to discuss strategy – why they are where they are – so that people [and investors] are able to make a judgement about longer term performance.’

An OFR structure is expected to be ‘finely tuned’, Coates adds, to take into account corporate governance and social responsibility concerns.

The priority now for designers, Coates suggests, is to devise a ‘change management process’ ahead of any legislative change.

‘Many companies will want to run oldand new-style reports in tandem a year or two in advance,’ he says.

Calls for more transparency in corporate reporting have gained impetus in the wake of Enron-style accounting scandals and Coates says design has to play an increasingly prominent role in financial communications.

‘Companies are concerned about the strategic development of their reporting practices. And that’s a key design issue. It’s no longer just about iconography, and [as designers] we need to be more proactive,’ Coates says.

Baber Smith managing director Simon Smith says it is important to engage with directors in order to help them ‘make a statement’.

‘Safety first doesn’t make for a successful annual report,’ he says, conceding that much creative work is ‘judged by committee’.

Smith’s group has created a ‘Dan Dare-style’ document for Lloyd’s insurer Hiscox, published last week. He believes an ‘integrated’ approach can generate a core brand idea like ‘daring to be different’.

‘The issue is how to build trust,’ adds Corporate Edge director Simon Lake. ‘It’s not only about disclosure, but how to display meaningful insight into a [client] company. [Bland or uninspiring] language often gets in the way.’

• Major change in schedule, content and distribution of financial communications

…while being supported by designers and clients