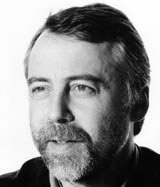 Daniel Weil’s unorthodox and innovative creations, such as his trademark clocks, are part of design legend, but for him it is all about the personal process. Hugh Pearman spends some quality time with him to find out more

WE are, says Daniel Weil, back in an early 1980s sort of moment, when it is time for the orthodoxies of design to be challenged. Which is why Weil, long since a partner in the multidisciplinary design group Pentagram, is happy to dig out his experimental solo designs and drawings for a new exhibition at England & Co, his first in the UK for 20 years. And it is one reason why the show is called Time Again.

We meet in the large, industrial-glazed conference room at Pentagram’s converted-dairy base in Notting Hill, created when the area was cheap and edgy rather than terminally chic, as it has since become. Seemingly smaller and grey-haired these days, but still bubbling with enthusiasm, Weil arrives carrying a stack of cardboard boxes. ‘There’s probably too much here,’ he says apologetically. No there isn’t – these contain treasures.

The treasures are part of design legend. Here are his early PVC ‘bag radios’ and ‘bag clocks’, plus his many developments of this idea, with startlingly revealed and unexpectedly decorated digital components. Out of more cardboard boxes come the pieces he made for the first Memphis exhibition of 1981. There he developed the bag-of-electronics idea into separates: coloured, silk-screened bits of soft plastic pouches linked by thin cables, hung on wire armatures in a variety of configurations. In other words, anything other than the industry-standard rigid plastic box. It’s more art than design – nonetheless, they do work.

Weil personifies a link back to the glory days of the Memphis group, though he was always somewhat detached from its Postmodern ethos and its suburban ironies. He talks of how the Milan design luminaries, led by Ettore Sottsass, could never quite believe he did what he did from an attic in London’s Stoke Newington. What he admired in Memphis was not its trademark style, but its willingness to question received orthodoxies.

Weil – from Buenos Aires via the Royal College of Art – has always looked beyond mere presentation. His interest in usually hidden pieces of electronic circuitry led him to start designing and making his own printed circuit boards, for instance. In one ‘bag-clock’ example, the jazzy surface decoration turns out to be made of meandering copper conductor channels, going the long way round to do their job. What’s a few extra centimetres to an electrical impulse?

Making limited-edition objects and exploring the nature of design in this way – as he did in partnership with Gerard Taylor through their firm Parenthesis – was principled and glamorous, but hardly the way to please the bank manager. So in 1992 he was invited to join Pentagram – always a consultancy with an eye for lateral thinking – as one of the first of its new generation of partners.

He is still there now, in the field of more conventional industrial design and interiors, exemplified by his sophisticated packaging for the Swatch Irony range of watches, or his ongoing work for United Airlines. But in 1994 he produced something puzzlingly different. He began to experiment with pure symbolism, in a sequence of large, eccentric, wood-effect clocks for a French exhibition of that year. ‘Temps pour tous’, he called it. In these, Weil examines the whole idea of tradition and time, in the form of the time-pieces themselves. They start from the idea of the pendulum clock – an early piece of domestic furniture – crossed with tree-trunks, given more than a dash of Dali-esque surrealism, and consequently•adopt all manner of quirky forms and personae as they start to metamorphose into something quite different. Now they will be seen again.

These crazy clocks could be seen as three-dimensional versions of Weil’s own sketches and drawings, many of which are on display in the exhibition. This is almost stream-of-consciousness design, doodling to no prescribed end, often Dadaist in its juxtaposition of forms (Weil is inclined to name-check Marcel Duchamp’s work from time to time, referencing his Large Glas as an inspiration for the bag-devices). Above all, these outpourings of the creative mind are a world away from the often corporate Pentagram work. Yet somehow, they must influence it. So what is the exhibition about?

‘It’s not just a retrospective,’ muses Weil. ‘This represents very much a personal process. Design begins and ends with process – personal sometimes, with no particular audience in mind – or the meeting of commerce with culture.’ Process and time, he adds, are intertwined. The clocks speak of that. Because, as he puts it, ‘Designers only very rarely get told, “do what you want and we’ll produce it”, this show is about a different sort of process from the commercial one, which is necessarily suffused with compromise.’ Weil plainly relishes both kinds of design equally. But this exhibition is all about the personal process – intellectual or instinctive design, where nobody apart from Weil is involved. It is a rare opportunity to see design stripped back to the basics – a questioning mind laid bare. •

Spiekermann separates his slabs from his sans