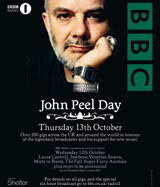 1 Studio Output has designed the identity for the first John Peel Day, to be held on 10 October. A series of gigs will take place across the UK to remember the legendary broadcaster. The event is being organised by Radio 1.

2 Onedotzero has created a series of animations featuring a character called Geek Boy. The 60-second episodes will air before Sci Fi’s ‘Movie at 10’, from 10 October.

3 Stripes and Circles by photographer Richard Green opens this week at the Browns gallery, 29 Queen Elizabeth St, London SE1, and runs until 14 October.

4 The identity for London venue Below Zero, situated adjacent to the Absolut Icebar on London’s Heddon Street, has been designed by Gyro International creative director David Chamberlain. It opens in the first week of October.

5 This Way Up has designed the graphics for this week’s Crime Stoppers campaign, illustrated by Patrick Boyer. 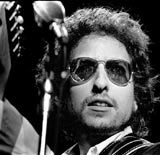 8 The Core, a Fibonacci spiral-inspired education centre at The Eden Project in Cornwall, designed by architect Grimshaw, opens this week.

9 Coley Porter Bell has created branding and packaging for a limited range of shavers for Remington. The products go on sale from the end of this month.