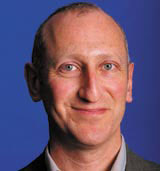 The UK design industry is ‘big, successful and optimistic’, but still displays symptoms of an ‘immature’ industry, according to a research report unveiled this week by the Design Council and the Design Business Association.

Billed as ‘market intelligence’ for the sector, the document aims to provide the first comprehensive picture of the sector, says Design Council deputy chief executive, Harry Rich. It comes ahead of the eagerly-anticipated Cox Review, which will be published later this year in time for the 2005 Pre-Budget report.

‘This was a very complex piece of work and goes much deeper than previous reports in understanding the characteristics of the industry, how design consultancies are run, compete and get new business for example,’ he explains. The report shows that while the industry is ‘growing and successful’, it has not yet fully matured. It is ‘fragmented’, with designers remaining divided over how best to tackle key problems such as free pitching. Nearly half of the design consultancies and freelancers pitch creatively for no fees, yet many find the process ‘irksome.’ But some 32 per cent think it should be accepted as a fact of life.

Consultancies are also failing to fully integrate strategic thinking into their design processes, with nearly half of the design industry believing their colleagues do not communicate the value of design well enough. There is also seen to be a lack of planning within the industry; half of design business owners admit they have no future plans for their business after they leave.

However, in general, the design industry is buoyant, the report shows. Turnover for the UK design industry totalled £11.6bn in the previous financial year and more than half of design businesses expect fee income to rise in the coming year. This overall optimism is helping to push the industry forward – 8733 designers left a consultancy last year, but twice as many were recruited.

More designers are working in the digital and media areas than in any other business sector in the UK, reflecting the boom in the digital industry and the demise of a manufacturing base. In general, product, industrial design, fashion and textile sectors are facing growing international competition. Some 37 per cent of product and industrial design clients are based abroad, compared with only 12 per cent of fashion and textiles.

The British Design Initiative, meanwhile, unveiled its fifth annual Valuation Survey this month, supporting some of these key findings. It reveals an overall strong design sector, but suggests small to medium-sized design consultancies could ‘take on board more design-strategic ways of thinking’, explains Jeremy Walker, director at BDI.

‘In the last three years we have seen nothing but falls. It’s not been a pretty thing. However, the report shows things are on the up,’ he adds.

• The UK has 12 450 design consultancies and 47 400 freelance and self employed designers. Definition of designers split into seven different categories

• Some 56 per cent of designers work in digital and multimedia, while only 16 per cent work in product and industrial design.

Words to the wise in the design community