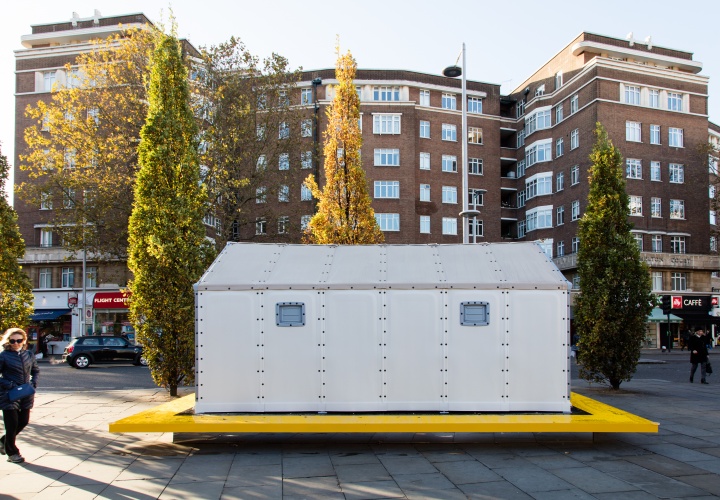 Flat-packed refugee shelter Better Shelter has been revealed as the Design Museum’s Beazley Design of the Year.

Better Shelter has been awarded the title for its “outstanding contribution towards the global issue of population displacement”, says the Design Museum.

The shelter was designed by a team comprising Johan Karlsson, Dennis Kanter, Christian Gustafsson, John van Leer, Tim de Haas, Nicolò Barlera, the Ikea Foundation and UNHCR, and 30,000 of the shelters are already in use all over the world.

Selected as the winner of the architecture category, the shelter beat five other category winners – spanning digital, fashion, graphics, product and transport – to claim the overall prize.

A coffee cup developed to be used by astronauts in space picked up the best product design gong, while OpenSurgery’s 3D printing and laser cutting surgery technology won the best digital design.

Better Shelter joins previous Beazley Design of the Year winners such as the London 2012 Olympic Torch and the Barack Obama Hope poster.

The awards were presented at a dinner held at the Design Museum’s new home in Kensington.

The six category winners along with the further 70 other nominations will be on display at the Design Museum until 19 February. Read our review of the exhibition here.