“I feel like London is the only city in the world which is instantly recognisable by its transport images,” says Elizabeth Scott, head curator at the London Transport Museum. “The tube map, the roundel, the red bus – they’re all symbols of London itself.”

This influential power of some of London’s classic transport design imagery is reflected in The London Transport Museum’s latest temporary exhibition.

Poster Parade – a temporary poster show at the museum that changes every three months – has opened its first exhibition of 2017, Re-imagining Historical Posters. The curators have painstakingly picked 21 posters from their collections, a mix of historical, original posters and more contemporary ones which have been influenced by this iconic imagery.

“It was quite a difficult process,” says Scott. “We’ve got over 5,000 different posters within the collection so there’s a lot to choose from. But the curators had two goals – pick a mix of well-known and lesser-known pieces, and choose a selection which showed a broad range of themes, such as fashion, events, and tourism and leisure.”

While Scott cannot talk about all of the posters on show, she can reveal that the posters are organised in pairs, allowing visitors to compare contemporary designs with the posters that have influenced them. 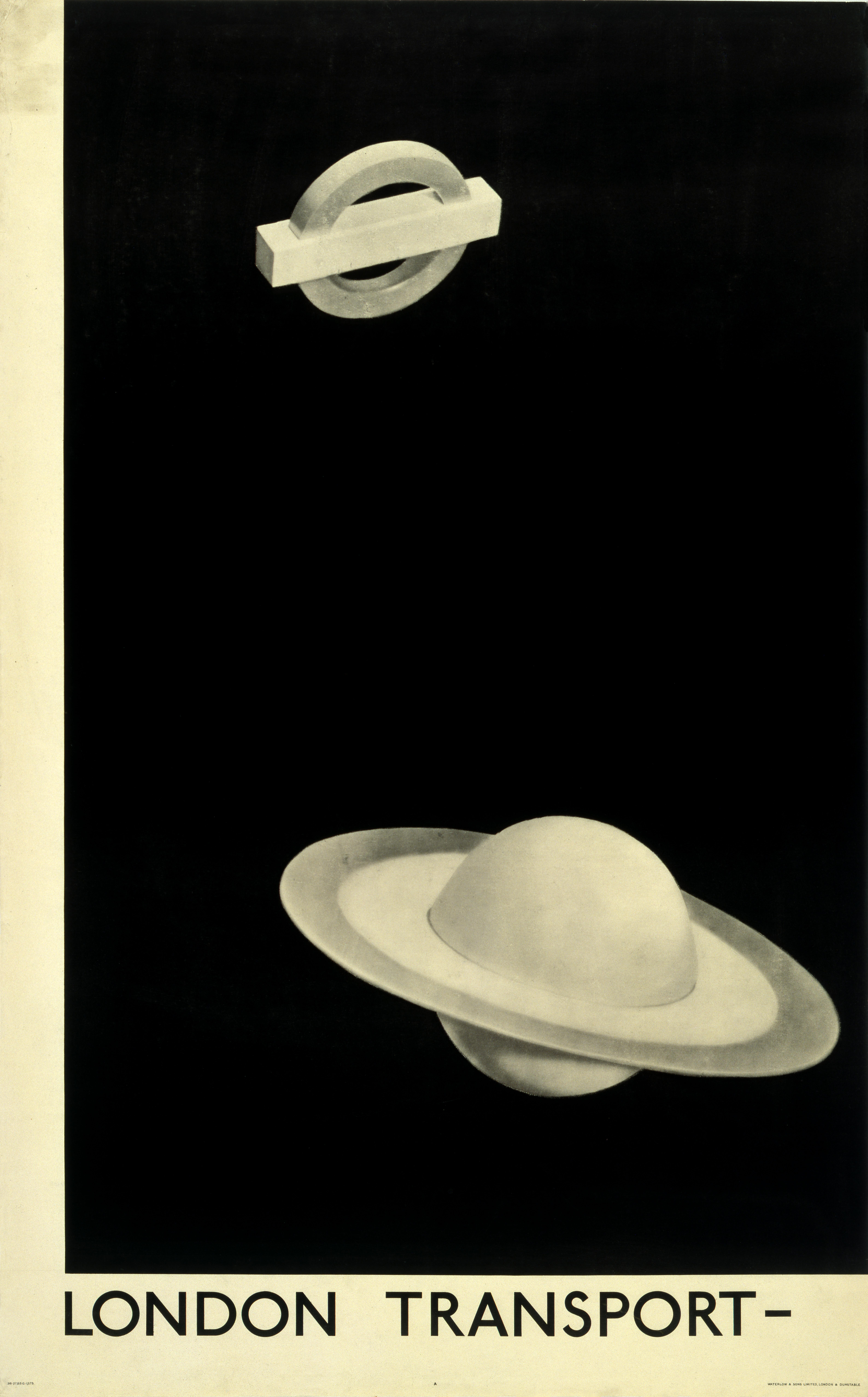 One classic poster included in the exhibition is Man Ray’s 1938 depiction of the planet Saturn, using his own “rayograph” technique, which enabled him to create photo-like imagery without a camera by using objects placed on photosensitive paper then exposing them to light. “This is one of the London Underground’s most famous posters,” says Scott. “Man Ray’s love of sci-fi inspired it.” 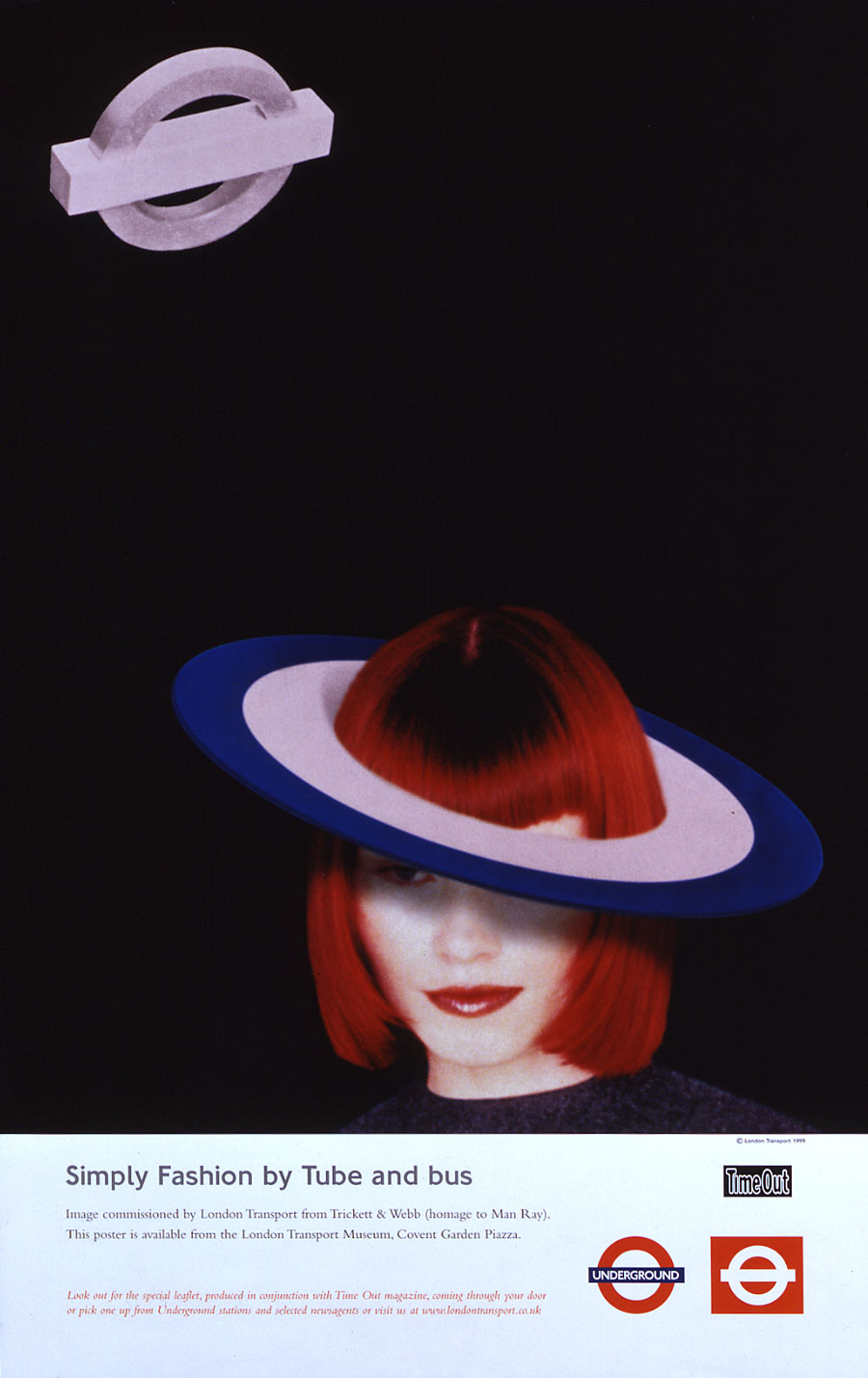 This is compared to design studio Trickett and Webb’s 1999 poster Simply Fashion, which draws inspiration from Man Ray’s image by transforming the rings of Saturn into a woman’s hat, and placing her face over the planet – the redefined image was used to promote London Fashion Week. 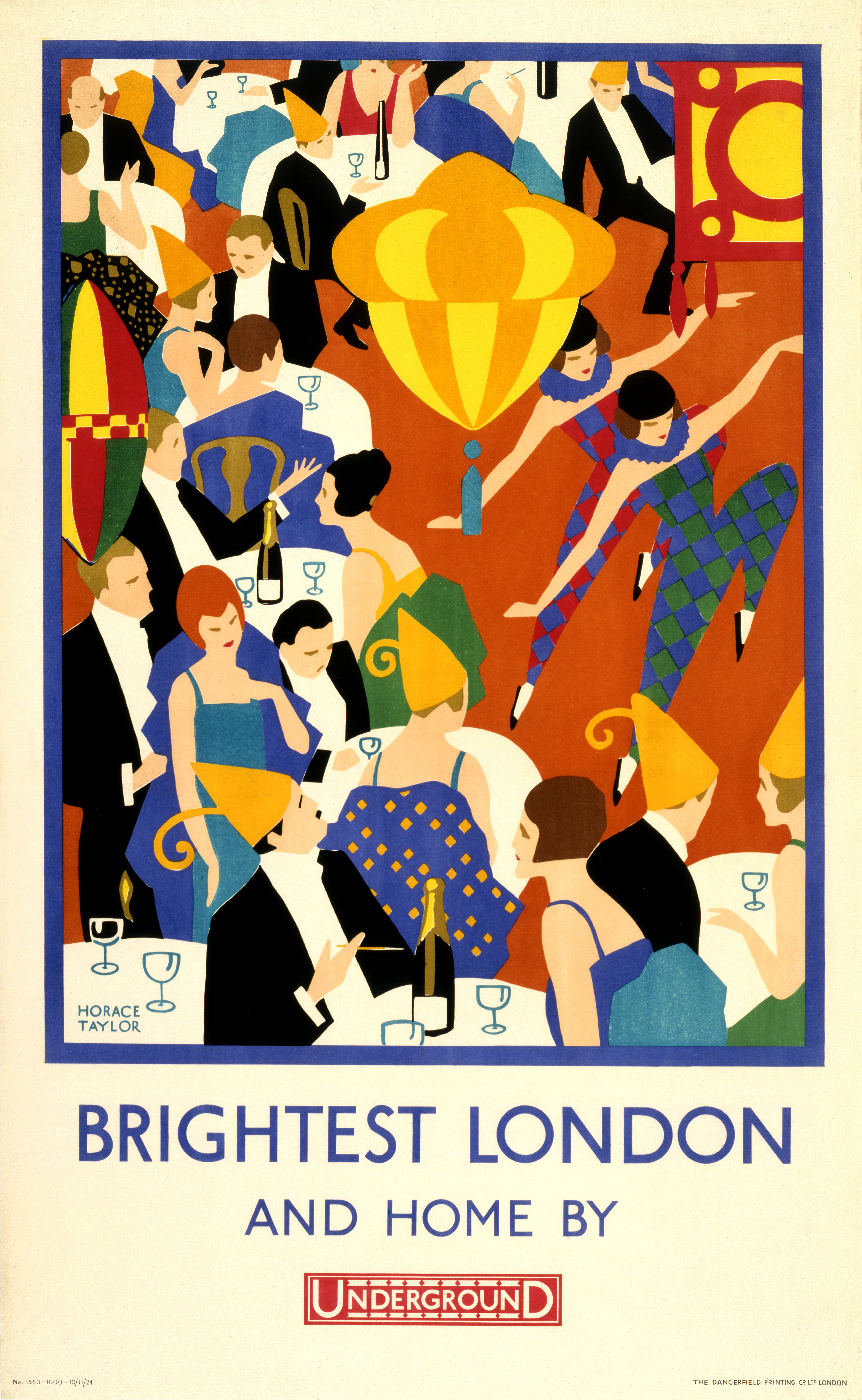 Another example is the Brightest London poster, designed by Horace Taylor in 1924, part of a poster series by the artist which aimed to demonstrate the liveliness and on-trend fashion of the UK’s capital. Virginie Morgand used Taylor’s colourful style and concept for inspiration in her 2016 poster series, reviving advertisement of London as a lively, diverse hub. 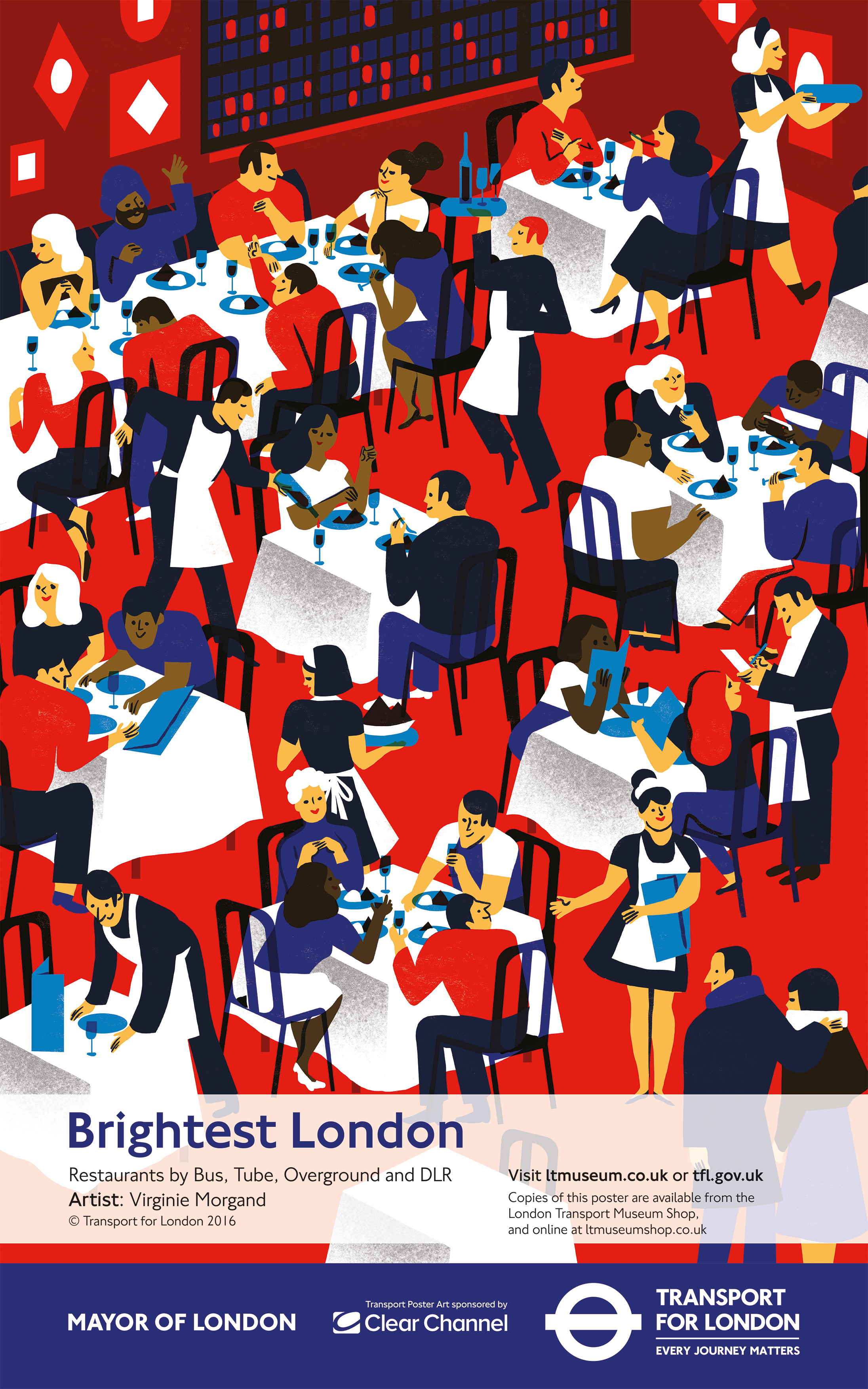 “Morgand’s poster series was the motive for our theme for this exhibition,” says Scott. “It speaks of the current philosophy of total design for Transport for London (TfL).”

Scott goes on to say that the Jubilee line extension in 1999 was the start of a design revolution for the London Underground – signifying a change in attitude to functional as well as aesthetic design, as investment in both became a bigger priority.

“1999 was a marker in time,” she says. “TfL started looking back to the classic design principles of the past, such as Frank Pick’s work, and not replicating it but using it to influence the present day. The exhibition hopes to show how images from the past can inspire contemporary design.” 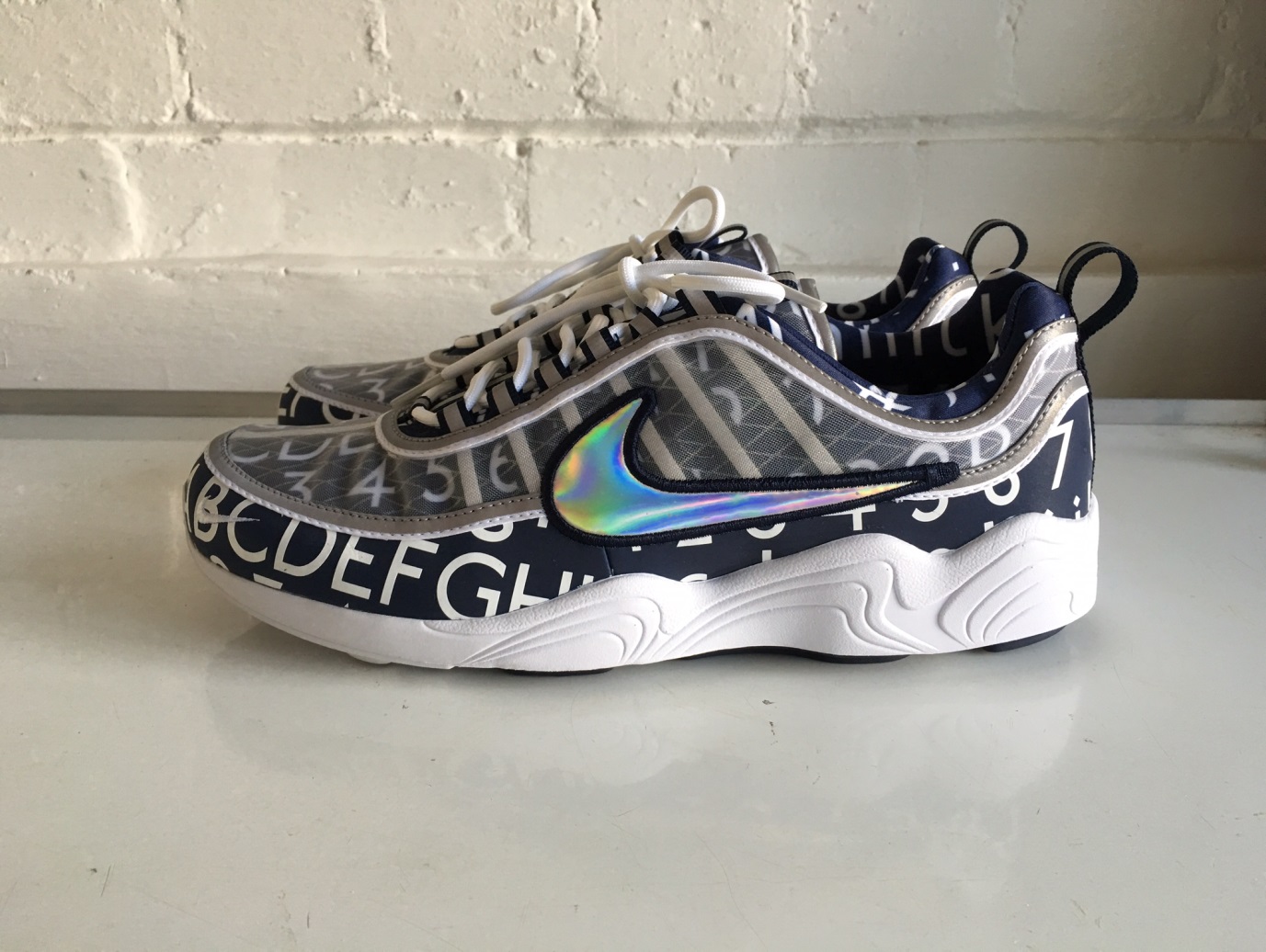 But the influence does not stop at print posters – the exhibition is just one example of the pervasive influence of an “iconic” design system, says Scott; from Nike creating trainers featuring the Johnston typeface, to Country Stoves creating cookers based on the colours of the tube map.

“The colours themselves are so well-recognised,” she says. “When people see a red line, it’s the Central line. When they see, dark blue, it’s the Piccadilly. They’re instant signifiers.”

The overall aim of the exhibition is to showcase pieces of London Underground “furniture” as unique and carefully-crafted works of design in themselves.

“We hope visitors get a wider understanding of the London Transport Museum’s collection,” says Scott. “Hopefully it will inspire a curiosity in them to look at our posters in different ways, not just as an advertisement for an event or a destination.”

A selection of London transport posters can be viewed online.

All photos courtesy of the London Transport Museum and Transport for London.