Interior and retail design consultancy Cada has created the interiors of a new super centre in London, which serves as a “community hub” celebrating Japanese culture.

Ichiba opened this month in Westfield in Shepherd’s Bush, West London, and is now Europe’s largest Japanese food hall at over 1,600 square metres and capacity for 200 diners to eat in.

It is a new venture from the Japan Centre, a chain of food halls, supermarkets and retail spaces that has been running since 1976. Its main branch is the food hall and supermarket based on Panton Street in Central London, but it also has stores specialising in ceramics and homewares.

Ichiba offers both fresh, hot produce prepared by chefs in-store, and sells food goods and other items in its supermarket section.

Food counters include a noodle bar, street food stalls, a sushi and sashimi counter, and a bakery for sweet foods and desserts. 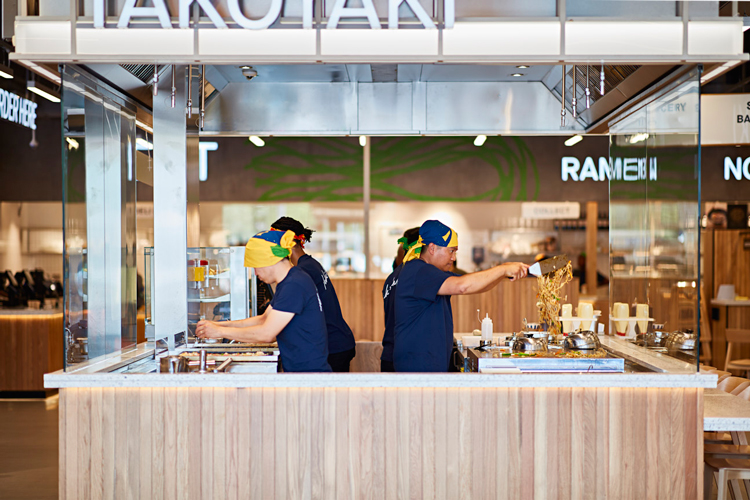 One of the key design concepts of the space is the “theatrical kitchen”, says Caroline Hamlett, interiors team leader and project lead on Ichiba at Cada, whereby the kitchen spaces are open-plan and allow visitors to watch chefs at work.

As part of the centre’s offering, these spaces will host cooking demonstrations and workshops, and other events such as sake tastings and regional food and drink festivals.

“Subtle references” have been made to Japanese culture, adds Hamlett, such as overhead lighting in the space that look like chopsticks, while a muted colour palette of browns and beiges along with natural materials such as wood have been used to create a bright environment. Ichiba is based on the ground floor of Westfield shopping centre, so receives natural sunlight. 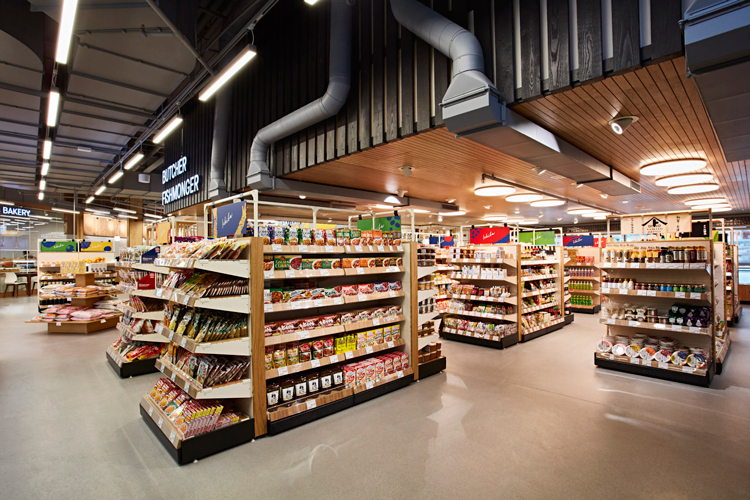 The space has also been organised with “clear sight lines”, she says, meaning customers are able to navigate their way through the different sections of the store.

The overall design aims to be “contemporary yet timeless”, with reference to Japanese iconography and products.

“Ichiba is not a collection of disparate retail and dining offerings,” says Hamlett. “It’s a destination and community hub for lovers of Japanese culture.”

The branding and wayfinding for the centre was developed by the Japan Centre’s in-house design team. 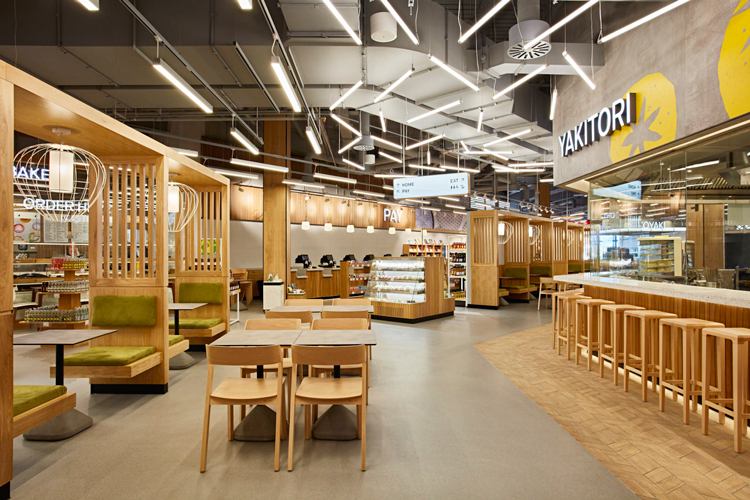 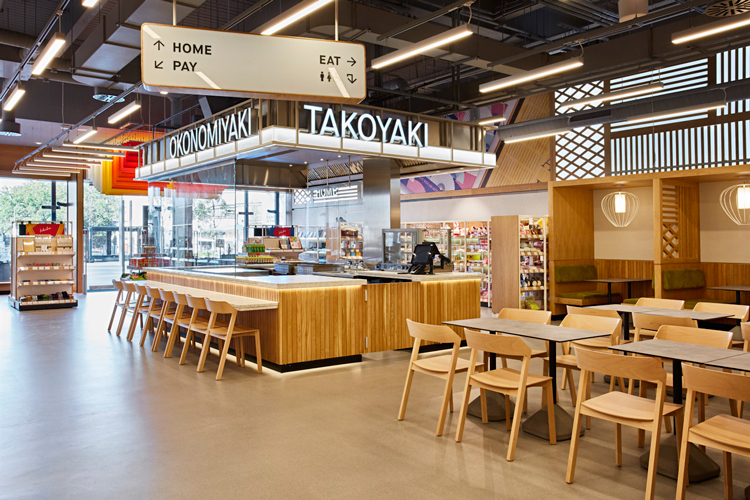 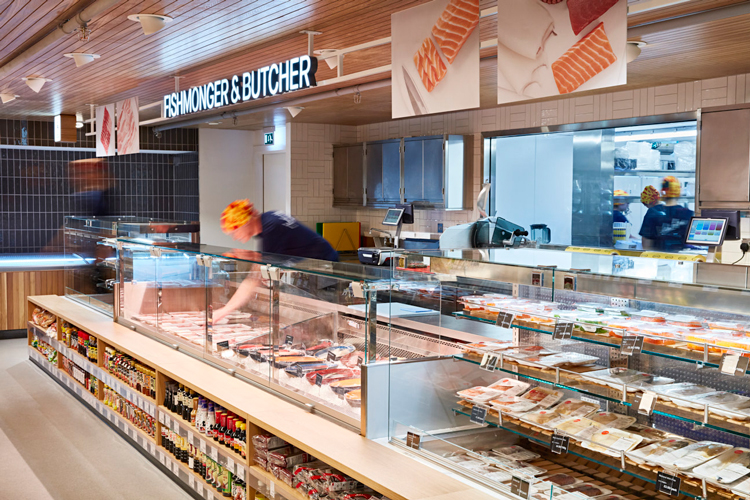 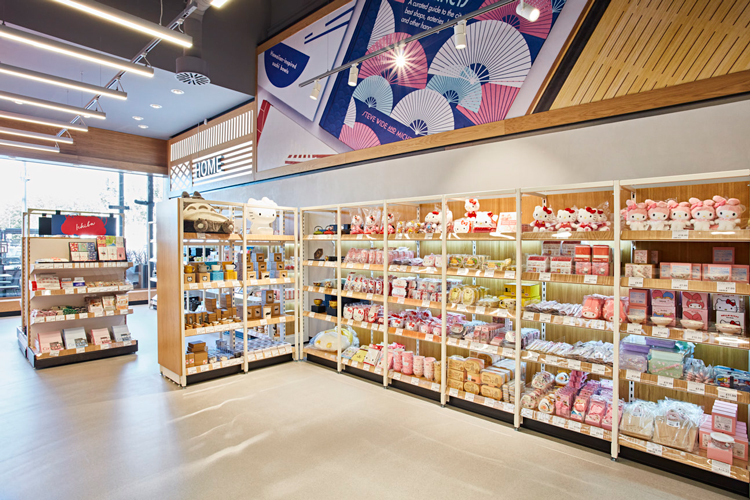 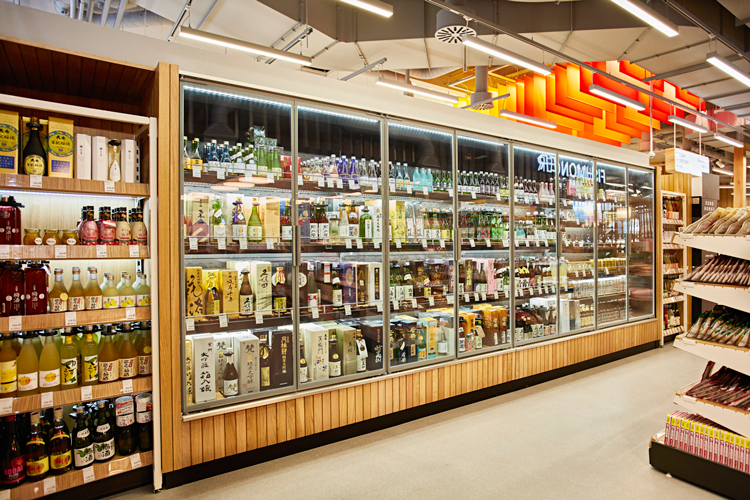 The archive of 3,500 objects giving disabled designers and artists a voice