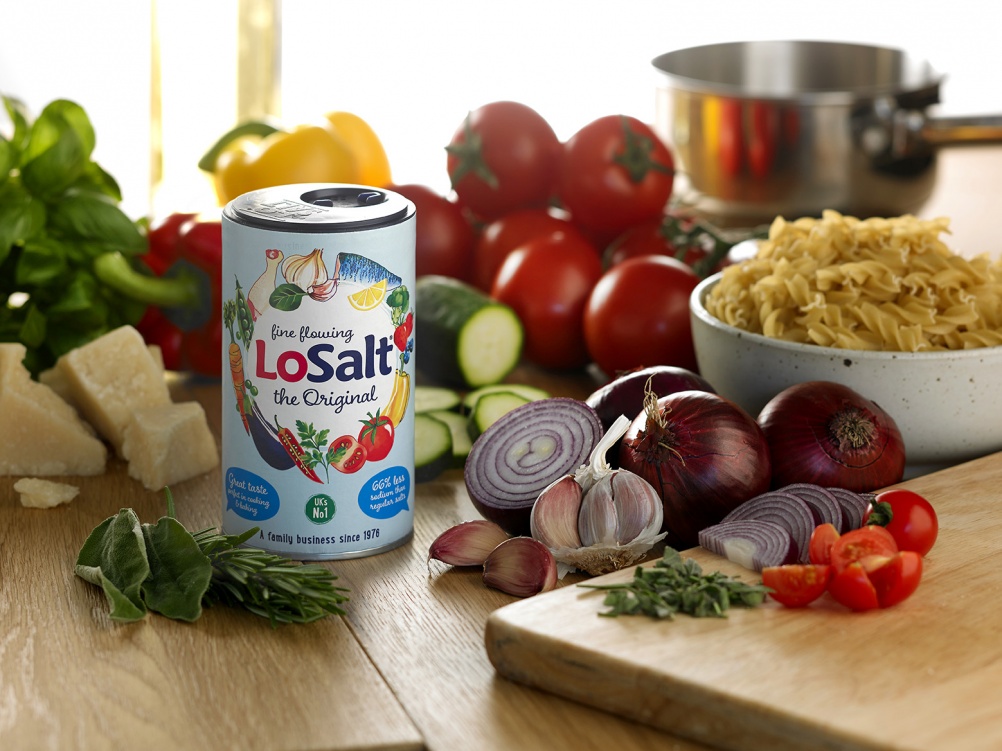 LoSalt has overhauled its traditional packaging and branding to reinvigorate their established brand as an everyday salt alternative for consumers who are focused on healthy eating.

Touch Of Mojo has led the redesign and began working with LoSalt in December 2015.

With the packaging, Touch of Mojo says it looked to transform the product’s “medicinal” feel by using “fresh and friendly” colours and typography.

A light blue colour palette has been introduced to replace the original packaging which was distinguished by a strict red, white and blue colour scheme.

The redesign has also abandoned upper case typography in favour of a softer, sans serif logo, and incorporated bold illustrations of fresh fruit, fish and vegetables.

Touch Of Mojo’s chief executive officer Ray Armes says: “There was a cold, clinical approach to the product’s previous packaging and our design solution has an approachable, artisan appearance. The idea is for consumers to associate LoSalt with making healthier lifestyle choices and preparing fresh food.” 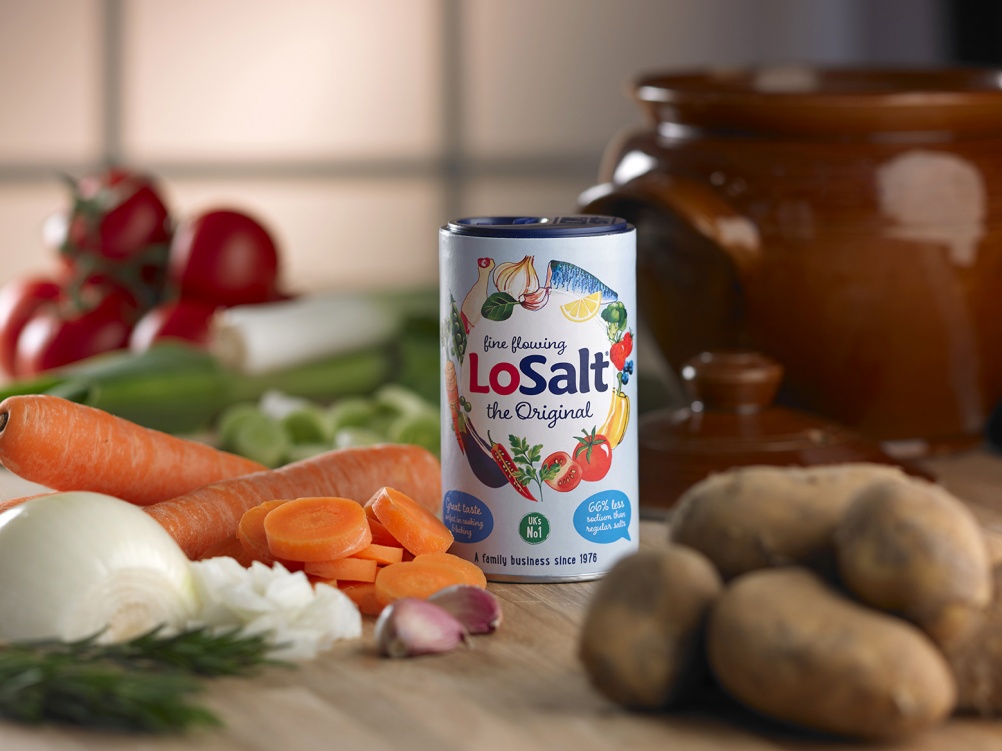 Standing out against competitors

LoSalt remains the best-selling reduced salt alternative in the UK, and the redesign intends to shift their brand identity as a viable rival to others in the salt category.

Armes says: “Young people and families are actively looking to change the way they prepare food. Our design correlates looking good with feeling good, and includes recipe suggestions to inspire consumers. By using a friendlier colour scheme we’ve given LoSalt a similar look and feel to other competitors like rock and sea salt, while also emphasising its associations with family business and a healthy lifestyle.”

LoSalt’s rebrand is currently being rolled out in UK supermarkets.