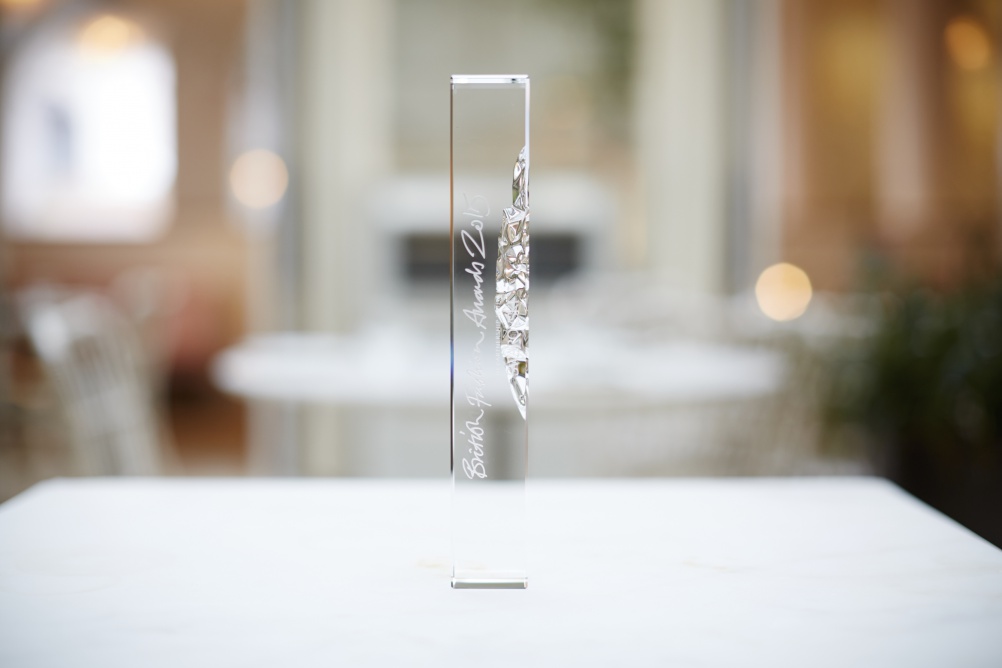 Consultancy Music has designed the trophy and branding for this year’s British Fashion Awards, which aim to symbolise “movement” in the industry.

This year’s crystal trophy, revealed yesterday at the awards ceremony, has been made in collaboration with crystal company Swarovski.

The consultancy has created the trophy for the British Fashion Awards since 2010, and has previously used materials such as copper, brass and ceramic resin, says Ed Johnson, senior creative at Music.

“It tends to be quite a precious metal and something that makes it feel of real quality,” he says. “The trophy becomes the icon of the award ceremony.”

The trophy is a rectangular block with a curved centre, which represents “opposing aesthetics”, he says, which aims to represent the “restlessness” of the fashion industry.

The curved centre also refracts light, which further aims to portray the “movement in the constantly changing industry”, Johnson adds.

Its design required “a lot of prototyping”, he says, and five versions were 3D printed before the consultancy came up with the final one.

The branding for the British Fashion Awards is gold and white, and has mimicked the trophy’s refraction of light through depicting “gold particles”. “This is the same principle of showing movement, and the use of gold gives this idea of ‘shining a light’ on new and established artists,” Johnson says.

The logo is “subtle” in comparison to the trophy, he adds: “It’s all very elegant, classic and quite minimal, allowing the award to take focus.”

The branding was applied to signage at the awards, as well as invitations, marketing collateral and online mediums. 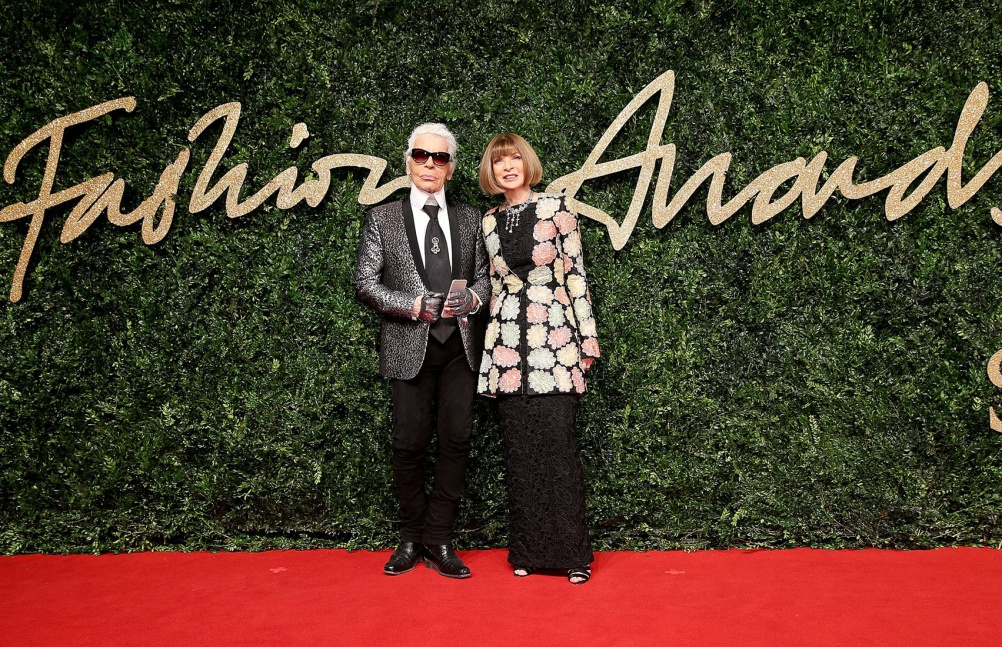 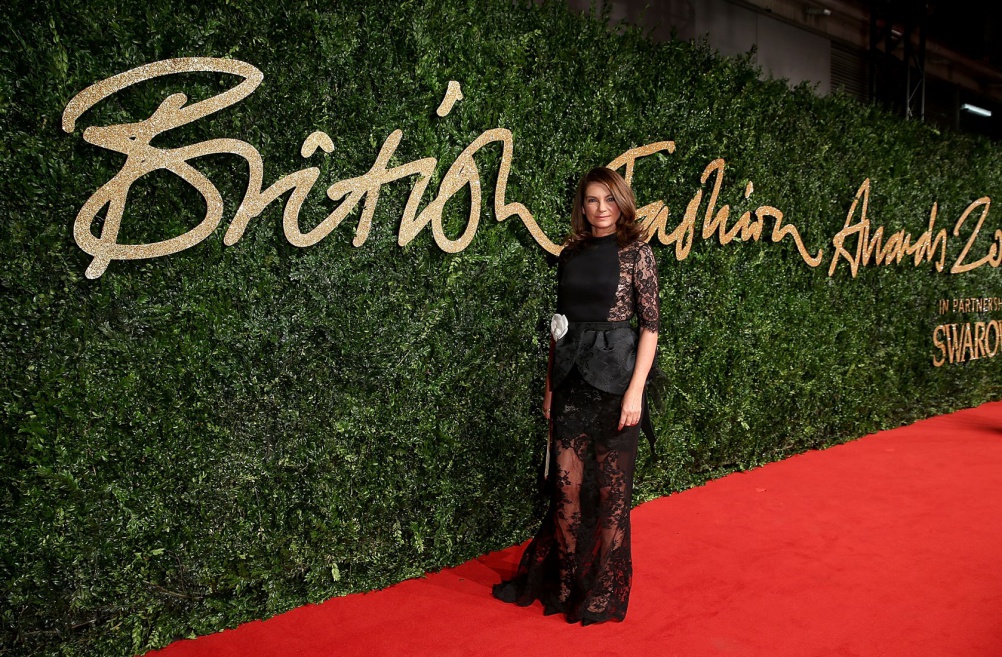 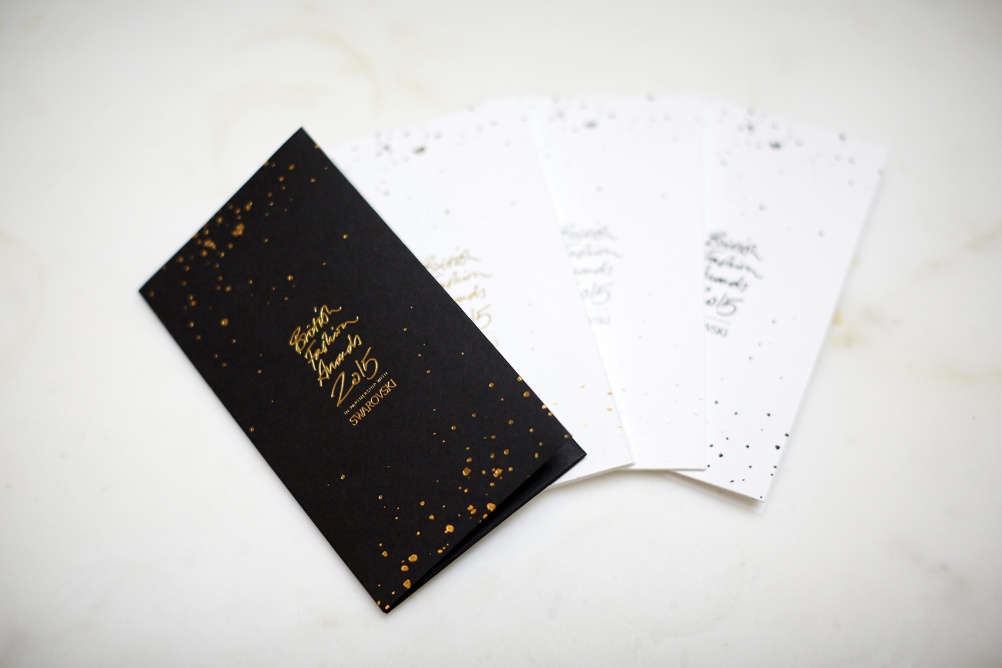 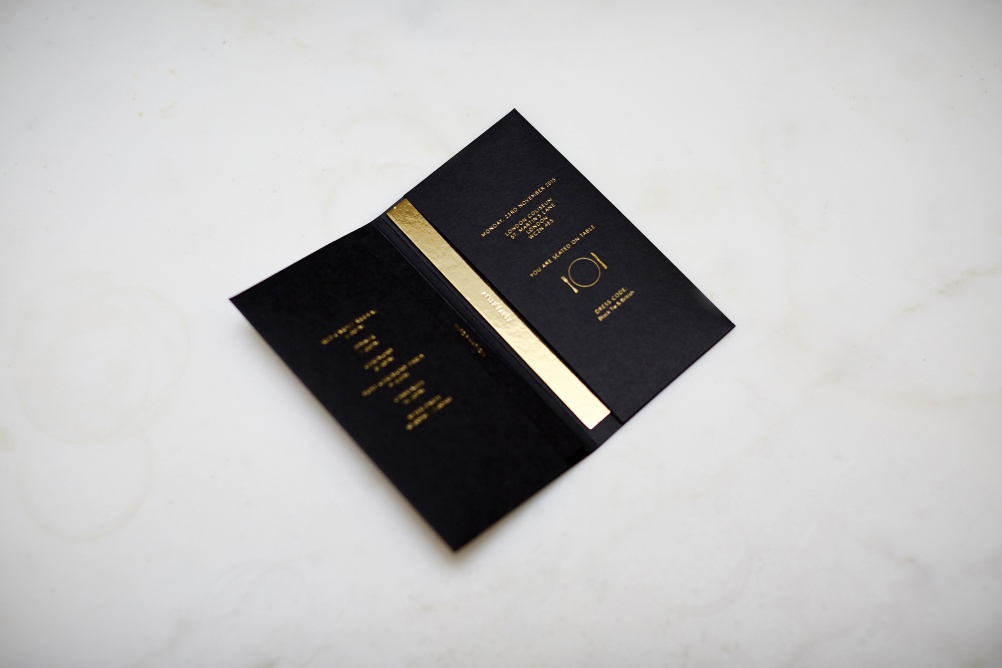