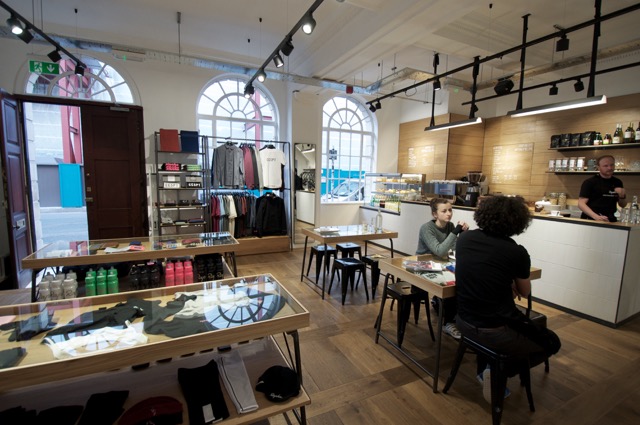 Brinkworth has designed a new Cycle Club store for Rapha in Old Spitalfields Market, East London where shoppers can try on clothing in extreme temperature conditions.

A former-vault in the basement of the former bank has been repurposed as a climate-controlled environment where customers can try clothing on in temperatures from 0-30 degrees centigrade and wind speeds of up to 30mph.

Inside the vault sits a static bike and customers can book sessions to ride it wearing specialist clothing for up to an hour.

Other features in the store include a café and an outdoor seating area where there are multiple screens for viewing racing – designed as a space for post-ride socialising. The outdoor area sits under the market cover and will be heated in winter.

It is the third Rapha Social Club to open in the UK following Manchester and Soho, London, as well as eight other global stores.

Brinkworth has worked on all of the UK stores and began work on the Spitalfields store in the summer.

Brinkworth senior designer Lisa Crutchley says: “The social aspect is the primary part of what they’re doing in each location and the retail is secondary. It’s always a place to come together and dwell.”

The new Spitalfields space “will create a balance between warm, friendly and welcoming, and high-tech,” says Crutchley.

Each of the Cycle Club’s are “relevant to their locality” says Crutchley, who adds: “Spitalfields is sensitive to the existing building, which was an old bank, so we’ve left it very much as it was inside. Outside we’ve introduced the building to the framework of the market.” 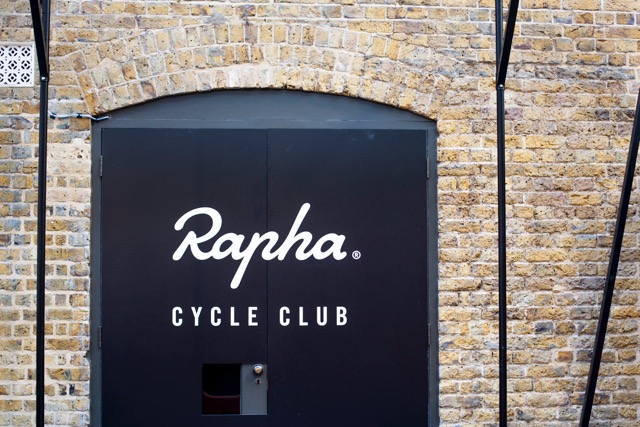 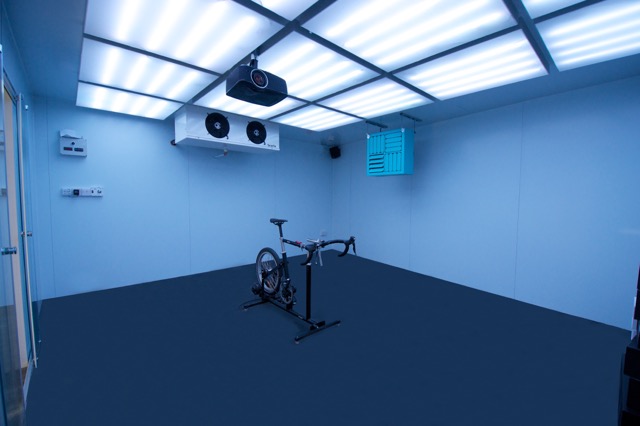 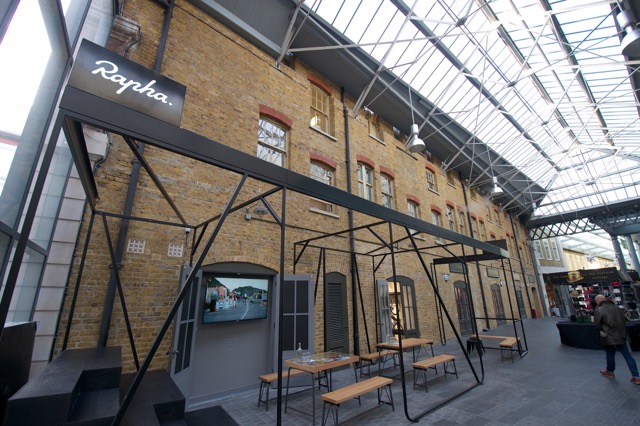 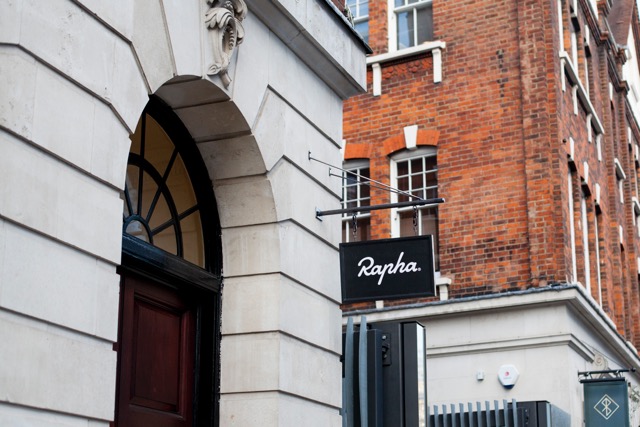