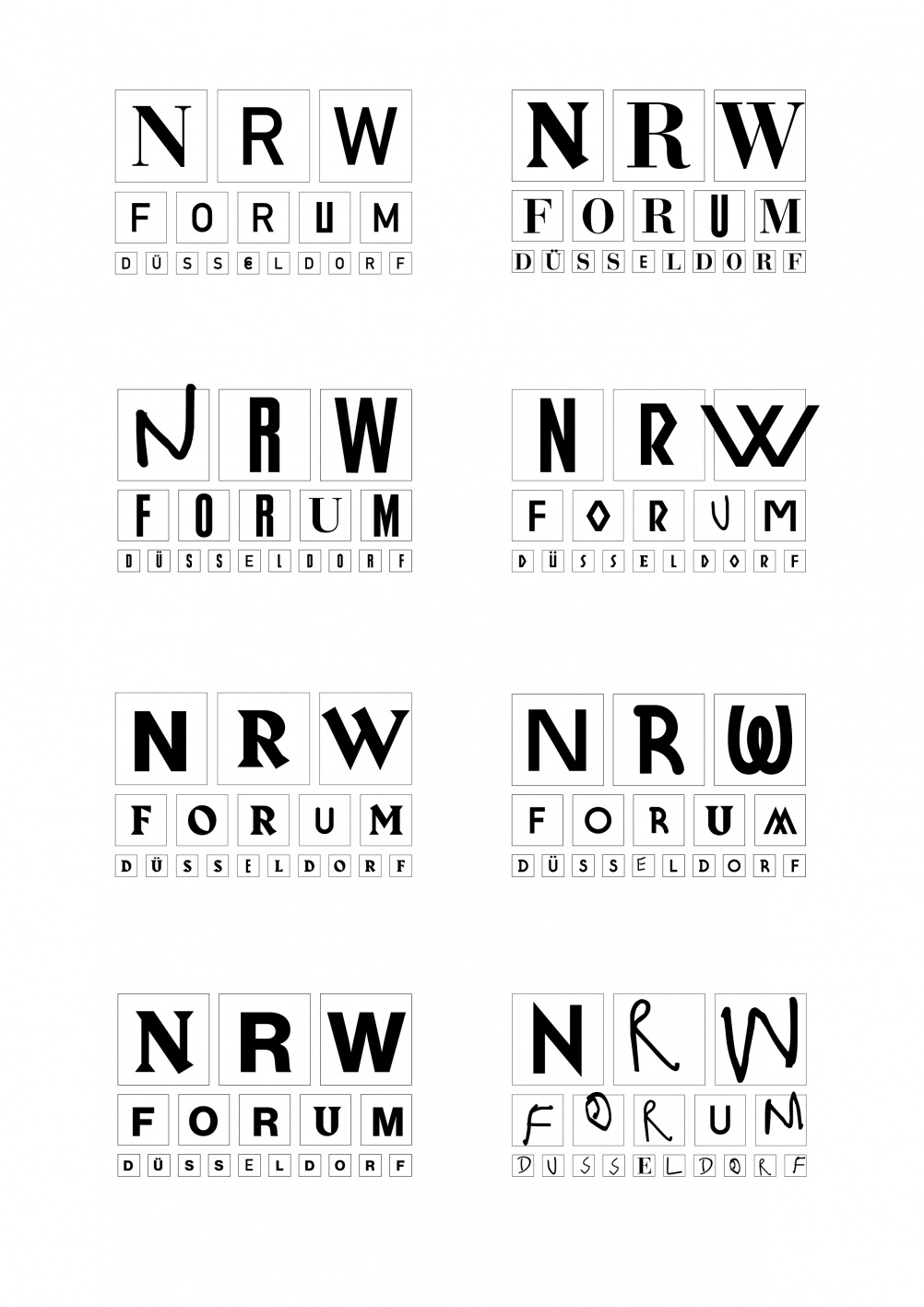 Kessels Kramer has designed an identity system for German cultural centre NRW Forum in which “change is the only constant.”

Kessels Kramer was appointed by the Dusseldorf-based NRW Forum this summer through the institution’s new artistic director Alain Bieber.

The only certainty is the grid

Kessels Kramer partner Erik Kessels says the NRW Forum stands for “dialogue openness and inclusion”, and it is constantly being filled with “ever-changing art, information and opinions”.

Taking this as a starting point the only thing that is certain about the identity is its grid and its monochrome palette.

There is a broad set of around ten typefaces that can be attributed to the identity says Kessels, and it sets the tone for the brand application.

“Often you find with museums that the identity is more static and institutional than the museum itself, which is something we wanted to avoid,” says Kessels.

The typefaces can be applied to communications and posters but also within the gallery for wayfinding, signage and playful interventions.

“We wanted to delight and surprise people”

“We wanted to delight and surprise people,” says Kessels, who adds: “In one corner there’s a light from a flickering alarm system, so the sign next to that reads ‘Disco’ and in another place there’s a fire hose behind a door and the sign reads ‘Room to Rent’”.

He adds: “The highest point on one the ceilings says ‘God’. In the shop there’s a large blank wall that says ‘Coming Soon’ on it”.

The witty remarks are designed to change people’s perceptions and the NRW Forum is “constantly trying to ask questions” according to Kessels, who says: “We wanted to play with how you see all of these things. Overall it creates a mentality. And encourages people to think in a certain way.”

To this end even the directional and instructional messages are mixed in with the more playful ones. 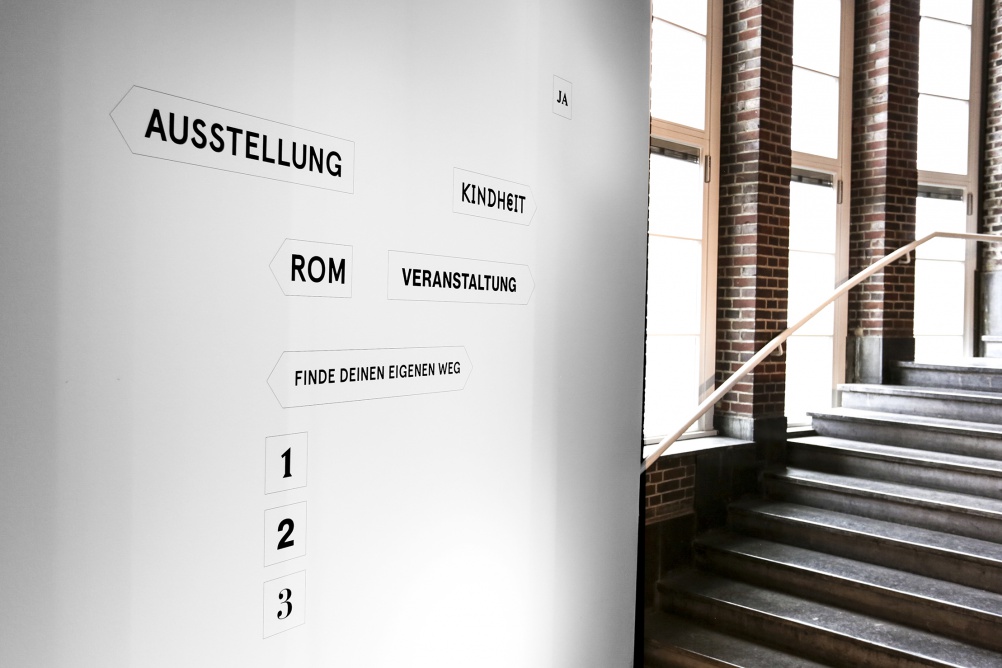