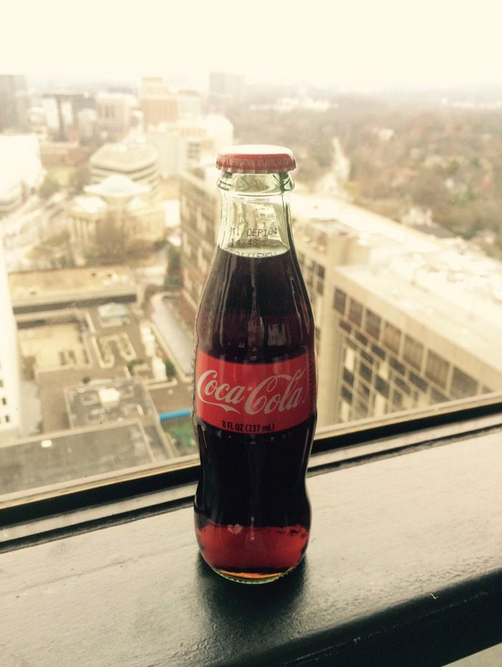 Coca-Cola has asked designers from all over the world to submit their artistic interpretations of the brand’s glass bottle design, which will now be presented in an exhibition.

The bottle, created in 1915 by the Root Glass Company in Indiana, was initially designed to break away from copycat brands and was based on the brief that it should be recognised by “feeling it in the dark or lying broken on the ground”.

The contoured bottle was then patented, and thinned down in 1916 so that it could fit more comfortably in the drinker’s hand.

Sommerville invited 130 designers from around the world to take part in the A1 poster project. A brief, encased in a 1970s Coca-Cola bottle, was then sent to those who agreed, which stated that participants could only use the colours red, black and white.

“These designs are their style, and their pieces,” Sommerville says. “It’s about looking at things from a new perspective. We hope by doing this we can celebrate their work.”

He adds: “It’s about engaging and collaborating but also commercialising: we need to stay relevant, and this shows us how to mix old and new.”

The competition received 230 submissions from 15 countries and a selection has now been chosen to feature in The Coca-Cola Bottle: An American Icon at 100: an art exhibition based in Atlanta, Georgia. All submitted designs will also be available to view online. 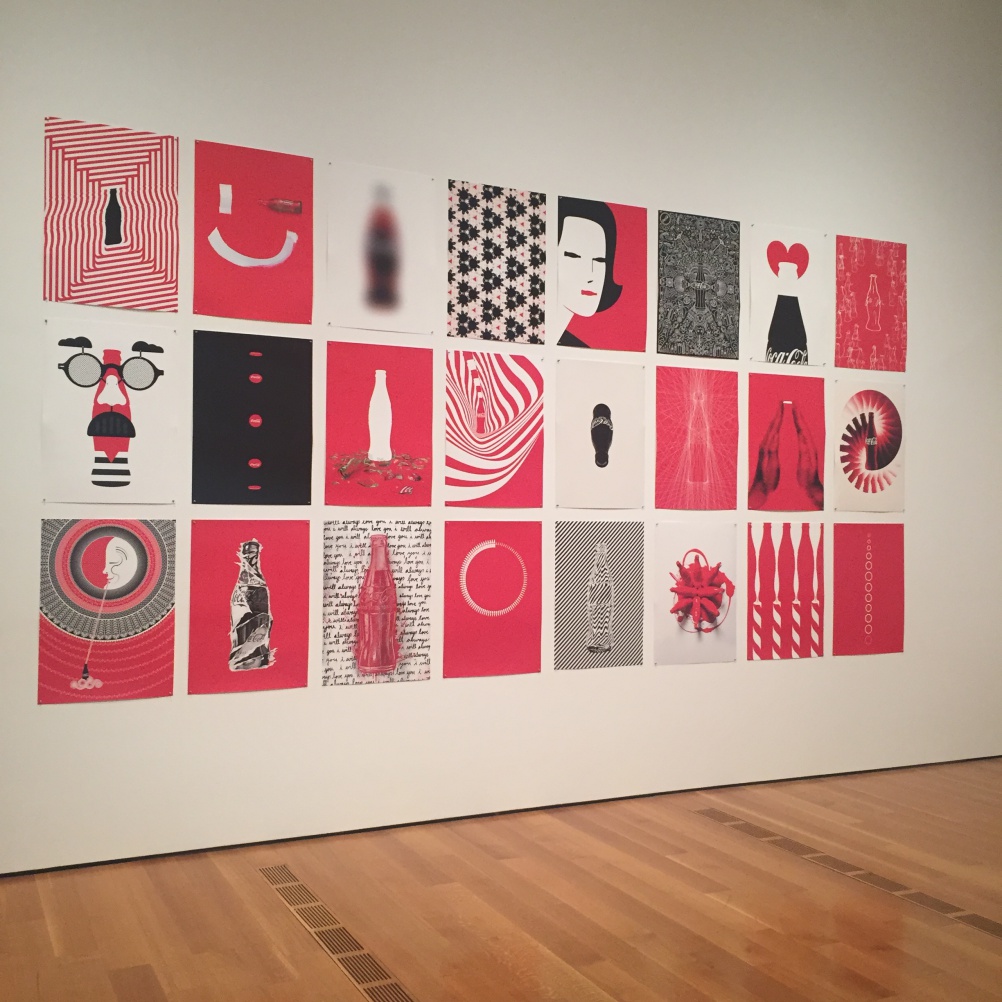 Submissions include Rapha Abreu’s optical illusion of a bottle morphing to form a mouth, Tom Farrell’s depiction of two hands forming the contour shape and a spiral “spin the bottle” effect created by La Boca.

Sommerville hopes that the project will help to deliver Coca-Cola’s three design goals of “inspiring new designers”, “collaborating and celebrating creativity” and “innovating and evolving” with everyone involved.

“Coke is a very open brand,” Sommerville says. “We’re looking for our next partnership and want to engage consultancies.”

The exhibition, co-curated by Coca-Cola’s design team and Atlanta’s High Museum of Art, is split into three sections: the first room focuses on the design elements and interpretations of the glass bottle, the second showcases a pop-art collection of Andy Warhol’s work on Coca-Cola, and the third presents vintage photography that incorporates the brand.

Also included is a Conran and Partners installation of 500 3D-printed nylon coils, which hang from the ceiling and create the curved bottle shape due to gravity. “They were cast then spray painted,” Sommerville says. “The bottle started life as a print poster but this is showing the next evolution of the mash-up.”

He adds: “The beauty of design is that it is borderless. It doesn’t rely on language. Through this project, a collection of artworks has been offered to a system – a candy box where you can activate the ones that will work. It’s about making relationships – something may not work for Coke, but could work for one of our other brands.”

Alongside the exhibition, a poster book titled Kiss the Past Hello will be released in March that shows both original and mash-up images of the glass bottle as well as a brief history. Sommerville writes in the foreword: “The results were beyond our wildest expectations, an astonishing compendium of vision and wit.”

As part of Coca-Cola’s 100-year anniversary campaign, the company has also curated a travelling art exhibition that will present bottle art, historical artefacts and interactive installations in 15 countries, and a new television and digital advertising campaign that will showcase 14 new clips.

The Coca-Cola Bottle: An American Icon at 100 opens tomorrow 28 February and runs until 4 October at the High Museum of Art, Atlanta, Georgia, USA.

How to create belonging in your business – a real-life example