In the struggle to create a clear, nutritional information system, Mike Exon questions whether manufacturers have lost sight of the real aim

The decision by half a dozen multinational fmcg companies to design their own food labelling system caused minor ructions in the retail world last week, but the design world had a few things to say too. Forget TV dinners – the jumble of labelling systems being designed at the moment is going to make pack fronts look more like a dog’s dinner.

The Traffic Light system, pioneered by the Food Standards Agency and named after its attention-grabbing red-amber-green iconography, was clearly unpalatable for the big food groups. Whether or not it is because of the ‘confusing’ and ‘ineffective’ design of the multiple-traffic-light system itself – as claimed by Tesco when it ditched its pilot scheme last year – or down to concerns over using packs for ‘evangelical’ purposes – as the big five consortium claimed last week – is all rather hypothetical now.

Regardless of your position on the virtue of the labelling initiative, design has come out second best all round. Brand packaging stalwarts aren’t happy, because the initiative compromises the integrity of front-of-pack design altogether, and information designers aren’t happy because few of the design formats are working effectively anyway.

‘The back of the pack is there for this kind of thing. We don’t really need front-of-packs to do this job,’ says Bruce Duckworth, founder of Turner Duckworth. ‘Imagine what an Innocent smoothie would look like with this labelling applied. The product just doesn’t need it, because it’s doing all these things already.’

Duckworth points out that the American system uses the back of the pack, and works because it is standardised and regulated by the Food and Drug Administration. ‘It’s not all that pretty, but it’s a clear system and you can’t dress it up to hide things you would rather not show,’ he says.

Richard Murray, director of Williams Murray Hamm, agrees and wonders if retailers haven’t begun looking at this whole area to try to ‘score points’, rather than out of concern about eating habits.

Boag Associates director Andrew Boag believes the system has to ‘interface well with packaging and brand needs, maintaining integrity, while not stifling brands and their presentation on packaging’. But Boag is concerned about many of the design practicalities as well, such as the legibility of type and images, issues around colour blindness, and whether consumers are able to relate the system to recommended intakes as a result. Most importantly, though, Boag is convinced there needs to be a standardised system, which is thoroughly tested, so that consumers can make simple and effective comparisons.

What is increasingly clear is that the FSA’s attempts to introduce one simple, cross-industry standard have come to nothing. Not only are there already a number of different traffic light designs in operation, at retailers like Co-op and Sainsbury’s, but this alternative system, being created by Unilever, Danone, Nestlé, Kraft, PepsiCo and Kellogg’s, will add to confusion in the aisles, by not providing red-to-green panels, designed to alert customers to healthy and unhealthy ingredients.

By opting for an alternative GDA system – which flags up levels of salt, sugar, calories, saturates and fat as rather dull numerical weights and percentages of the Government’s Guideline Daily Amounts – the fmcg coalition has avoided entangling itself in a system that would have blacklisted the ‘naughty, but nice’ sections of its respective product portfolios. Not only have they circumvented a key health objective, but they now risk being seen to be twisting things to their own ends.

Perhaps the FSA went too far in attempting to force manufacturers to ‘discredit’ their own products with red lights, but, without the independent watchdog on board, the risk is that design could be used to soften the blow of harmful ingredients.

According to Jane Holdsworth of food consulting group Sponsus, which is co-ordinating the consortium’s work on nutritional labelling, an effort is now being made to design a single system, for use across all the big brands. Holdsworth is optimistic that further big fmcg companies will jump on board to boost the weight of the initiative, as Unilever did last week. 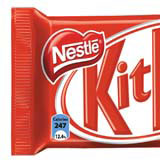 It remains to be seen if the coalition will adopt a single design across all products, brands and packs, and whether information design issues have played a central role in the objectives of the big five.

One chief concern, laid at the feet of the rival scheme, is that by side-stepping the FSA, the coalition is not seeking to harness the trust of an independent, credible body. The problem then is that design can be wielded as much for commercial gain as for providing easy and simple communication.

Rather than becoming a case study in effective information design, the imminent blur of food labels will be more of a testament to the power of creative obfuscation, than to healthy eating, and won’t do much to help anyone. Of course, the scheme is entirely voluntary, so perhaps food groups need credit for taking it forward at all. But you only have to look at the tone of the language – salt and saturates are referred to as ‘nutritional’ – to wonder if it won’t miss the point of the exercise entirely.

• Women are more concerned over food labelling issues than men

• 77 per cent of women are concerned over the labelling of food and drink products, compared to 67 per cent of men