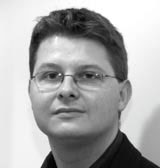 I don’t want to sound ungrateful. Really I don’t. In fact, it makes my heart sing that more and more I get to work with great designers who want to think about language as well as visuals (especially being a bit of a frustrated designer myself).

For us writers, it’s always been a no-brainer (as well as a career). Words are as important a part of someone’s identity – or a brand’s identity for that matter – as the way they look. Call it tone of voice, or verbal identity, or brand language. How you describe it doesn’t matter, but the principle does.

The good news is that more and more, I see pages about language nestling alongside the colour palettes and photographic styles of design and brand guidelines. Hooray. But while there in spirit, they’re rarely there in substance. One style guide I saw recently stipulated, as its main point of guidance, ‘All our documents should be well written.’ Well. I mean, duh. That’s like me writing design guidelines that say, ‘Try to make sure it looks good, folks.’

Maybe it’s our fault. We’ve been banging on about it so much that ‘tone of voice’ has become a buzzword, just as ‘brand’ once did. Many design consultancies magically transformed into branding groups overnight to surf the brand tide, without really changing what they did. I suspect that a similar scenario exists with tone of voice: some are just going through the motions. What appears in language guidelines often concentrates on the common-sense principles of good, modern, business writing. That’s fine, but it’s not a way to ‘brand’ language. It won’t make you different. And here’s the proof. Look at the language some design and branding consultancies use to talk about themselves. If they were really doing more than merely going through the motions when it comes to language, they’d find more distinctive, engaging ways to talk about what they do, rather than resorting to the hackneyed clichÃ©s of ‘audience needs’ and ‘core ideas’.

Of course, most of the best graphic designers I’ve worked with instinctively ‘get’ language. They know when design and language are saying the same things (or even better – when they complement each other, the one doing what the other can’t). And it’s true the other way round. Think of great business writers such as Design Week’s very own Jim Davies, or Tim Rich or John Simmons.

But ‘getting it’ isn’t enough. Getting it doesn’t necessarily mean you’re able to give other people useful guidance on how to create an effect in words. On a good day, I fancy myself as having a bit of an eye for design (sadly, even then I can never quite pull off a pair of black-rimmed specs). But I wouldn’t dream of trying to write a design guideline. I simply don’t have the knowledge. I don’t know the ins and outs of using white space and kerning and whatever else is creating the impression I’m picking up on. The same goes for language. Knowing what sounds right won’t cut it. We need to explain the nuts and bolts of language, and the effect of different linguistic elements – actives, passives, personal pronouns, contractions, imperatives, metaphors and pace. To do that, people need to be able to do more than just write or speak well. They need a training in and a sensitivity to language.

OK, OK, that’s enough moaning. What’s the answer? I think the design industry should stop haphazardly blagging its way through the language of brands. Instead, design needs to perceive writers as ‘expert witnesses’, to be called upon whenever they need specialist help. Let design and language muck about together; let them grow up together like schoolmates.

There’s a sneaky opportunity here for designers, too. In most organisations I’ve worked with, design is relatively tightly controlled by a small band of specialists. Design guidelines are typically written for and used by other trained designers. But most language guidelines aren’t written solely for other writers. They’re written for anyone within an organisation who happens to use language. And that’s nearly everyone. From e-mails to letters to proposals and reports, most of us write as part of our jobs. So guidelines that include useful advice on language are likely to find a much wider audience than design guidelines alone. Use a writer and fame is yours.

Neil Taylor is creative director of The Writer

Words to the wise:

â€¢ Don’t say you’re ‘expert’ or ‘passionate’. Use words that will convince others that you are an expert or passionate

â€¢ Take the design away from your homepage and look at just the words: do they reflect the personality of your consultancy?

â€¢ Look at the text of an invoice, or an e-mail disclaimer. Still sound like you? Or have you started to sound like a law firm?

Durham University tries to stand out with True North identity