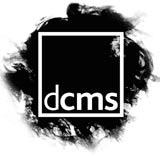 The Department for Culture, Media and Sport is in the preliminary stages of reviewing its graphic design services roster. It is the first shakeup of the roster in five years.

The department is poised to create a shortlist of between 20 and 30 consultancies by the end of this month. The design groups are being selected from an initial pool of 150.

The DCMS received expressions of interest after it put out a tender in March. It is aiming to make the final appointments and compile the roster at the beginning of October.

It expects to select ‘about ten’ consultancies, says a spokeswoman for DCMS.

The department currently works with 13 design consultancies, including Attik, Lowe Broadway and CDT Design. The roster is reviewed every five years and was last changed in 2000, says the spokeswoman.

The appointed graphic design groups will be tasked with working primarily on DCMS’s various publications, such as annual reports. The roster will only be for the DCMS’s use, confirms the spokeswoman.

The roster is open to non-departmental Government bodies sponsored by the DCMS, including various museums and art galleries such as the National Gallery and The British Museum.