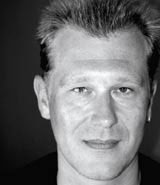 So the furore that greeted Channel 4’s Dispatches programme Undercover In New Labour a few weeks ago struck me as being a little naive. The rather earnest reporter, Jenny Kleeman, landed jobs in Labour’s national and regional press offices and proceeded to reveal a litany of ‘dirty tricks’ played out during the course of the election campaign.

It was shot in a grainy video diary style, with Kleeman whispering conspiratorially to camera in her fluffy white dressing gown, before heading off for another hard day’s dirt digging. She’d usually wear one of those buttonhole cameras to work, which make everyone look very jittery and slightly green around the gills.

She discovered, among other things, that New Labour’s spin doctors prepared standard letters that the party faithful were urged to submit to their local newspapers. That crowds of ‘ordinary’ well-wishers were, in fact, party workers. And that activists were sent to rival party walkabouts and meetings to disrupt proceedings.

But what she failed to mention is that these are all marketing tactics used by any commercial brand worth its salt. If New Labour is a brand – and there’s no doubt that it is – then it’s only adopting and adapting current media strategies. On some level you have to admire the party’s thoroughness and professionalism for exploiting every manoeuvre at its disposal. But we were supposed to feel that it somehow wasn’t cricket – as if politicians are expected to occupy some moral high ground. And since when did that ever happen?

If you’ve worked in the media, you know only too well that things aren’t what they seem. All my family have appeared in magazines or newspapers purporting to be people plucked from the street at random. In fact, an art director friend will have bribed us to pose for a few freebies. Very few images in the media haven’t been manipulated (and I don’t necessarily mean digitally) in some way or another. Situations are contrived, rooms are dressed, products are placed.

The nadir of my modelling career was undoubtedly appearing in a Christmas edition of Safeway magazine with checked shirt and cheesy grin, clutching a pile of presents and a teddy bear. Imagine my humiliation when I went to visit an impossibly trendy design group, only to find it pinned up on their wall.

And as for letters to the editor – does anyone take them at face value? I once worked on a magazine where letters weren’t quite as forthcoming as they are to Design Week. Often I’d have to write five or six fictional letters to just fill up the space. It was some of the most creative work I’ve ever done. The letters pages of the nationals, meanwhile, are all filled with hidden agendas and the sound of grinding axes.