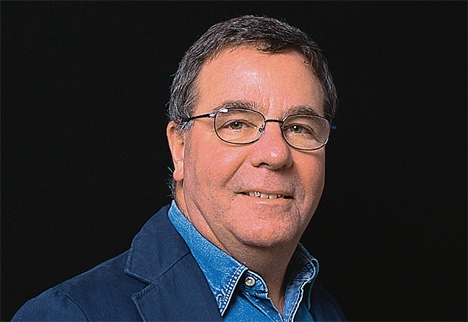 Martin Lambie-Nairn is stepping down as creative director of Heavenly at the end of the month to pursue a more flexible career after two years with the branding consultancy.

He will though stay on as a creative consultant at Heavenly, working with clients such as BBC Worldwide with which he has strong relationships.

Lambie-Nairn now plans to revive ML-N, the independent group he formed in 2007 when he left WPP-owned Lambie-Nairn, to take on design projects. He is also ’in talks with’ at least one other consultancy ’in the design and marketing services sector’ with a view to assuming a creative role.

Lambie-Nairn’s position at Heavenly will be taken by Paul Franklin, who joined the consultancy in July last year as deputy creative director. Projects he has worked on include branding for Sky Atlantic HD TV and Fulham Football Club.

Franklin, who previously worked with Lambie-Nairn at Lambie-Nairn, is described by Heavenly chief executive Richard Sunderland as ’the sorcerer’s apprentice’. ’He is exceptionally fired up [about stepping up]’, Sunderland says.

A consultancy spokesman adds that Franklin has a few more hires in his sights, ’more on the digital side’.

Lambie-Nairn says the desire for a better work/life balance prompted his decision to leave, having achieved his objectives at Heavenly. These were to raise creative standards, boost creative leadership and develop strong links between the creative and strategic offers. ’I believe they should be one thing,’ he says.

He is leaving earlier than the three years he anticipated in the job, partly because there is little broadcast work his forte he says. The economic climate has shrunk that market and client budgets are tight.

Lambie-Nairn feels he has a natural successor in Franklin. ’It was clear Paul could do all that I could do and the creative department became everything we had hoped,’ he says.