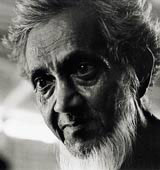 Well, it seemed like a good idea. Blink, published by Phaidon Press, asked ten influential curators from around the planet, including Paul Wombell (UK), Wendy Waitriss (US) and Shino Kuraishi (Japan), to name ten ‘rising stars’ from the world of photography who in their opinion have produced the most ground-breaking, thought provoking work in the past five years.

On top of that, each curator was asked to select a piece of recent writing in tune with their own experience of photography and photographic selection. So, 100 photographers, ten curators and ten writers. Got it so far?

Photography has made giant leaps forward over the past decade, gaining the cultural status and recognition it quite rightly deserves. Walk through the Tate Modern in London or MOMA in NYC and you can’t help but notice a growing selection of photographers’ work on show. Yes, there are still the bitter ‘but is it art?’ arguments going on everywhere, but you sense they’re heading in the right direction.

But with photography’s new found cultural acceptance and status comes more responsibility. Because anyone can take a photo, it is very easy for photography to flirt with mediocrity.

With the few notable exceptions which appear as jewels in this book of, say, Tina Barney, Philip-Lorca Dicorcia, Tierney Gearon, Naoya Hatakeyama, Helen Van Meene and Paul M Smith, the selection of photography in this book is poor. This isn’t ground breaking or even thought provoking work – it’s average.

Some of the curators feel the need, too, to over intellectualise as a way of justifying their selections. They seem to be in direct competition with the academics of the art world as to who can spout the most meaningless descriptive verbiage. The result will only be to get up the noses of the majority of intelligent readers.

This has to be one of my favourites from the book: ‘It seems to me that in doing so, these artists not only reflect on important and enduring problems, above and beyond transient vogues, more or less personal mythologies and supposedly hegemonic debates, but also help to redefine the whole mandate of photography itself.’ Pseuds Corner beckons, surely.

The world of photography is incredible at the moment and when I think of what Blink’s content could have been, I can’t help but think the curators have this wrong and that Phaidon has missed a great opportunity. It’s disappointing because the original concept for the book is based on a quality idea.

Blink has been rescued to a certain degree by the project’s designers, Julia Hastings and Inger Aartun. It was a complex task to organise 100 photographers, ten curators and ten writers, and they’ve done it extremely well. The book is beautifully structured, cool and calm in its appearance. And Hastings and Aartun had the confidence not to hijack the project with designer speed striping, focusing instead on providing a discreetly paced book full of rigour.

A bit more attention to Blink’s content would have been appreciated. Phaidon has worked hard on the design of its books recently and it’s starting to pay off.

Blink, edited by Antonia Carver, is published by Phaidon at the end of May, priced £39.95