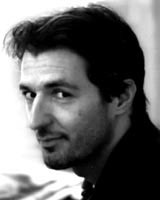 Vidakovic replaces Massimo Pitis and will become a ‘senior player’, liaising with the consultancy’s Paris, Hamburg and London offices on regional projects. He will also be responsible for driving up creative standards and supervising output at the Milan studio, according to Peter Knapp, executive creative director at Landor Associates in London.

Knapp says, ‘[Although Vidakovic] specialises in 2D graphics work, he is someone with strong opinions and ability. He will overlook projects in the broadest sense from a branding perspective.’

Vidakovic is expected to start work in two months’ time. He will work on projects including a fashion packaging brief for the retailer Zegna, a rebrand of the bank SanPaulo IMI, and a new identity for banking group Capitalia.

Before heading up the graphics team at Conran Design Group, Vidakovic worked as a senior designer at Enterprise IG, In Real Life and the then Interbrand Newell and Sorrell. The Sarajevo-born creative’s first job in London was with The Jenkins Group.