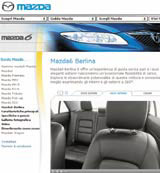 The automotive industry must stop ‘wasting money’ on advertising and invest in design and consumer research, says a report released this week by management consultant Cap Gemini Ernst & Young.

The west European car market is showing strong growth. According to an Association of European Car Manufacturers report, sales are up 4.4 per cent on September last year. But Cap Gemini says manufacturers can’t afford to lose sight of customer needs and are advised to ‘gain a better understanding of how consumers shop for vehicles, and what factors lead them to buy’.

Several manufacturers are already turning to the Internet rather than above-the-line campaigns, as they seek to build awareness and market share. Kia commissioned E3 Media to create a personality for the brand in the UK, where it is not very well known, using the on-line medium.

‘Websites are a key battle-ground – 58 per cent of buyers start their search on-line,’ says E3 managing director Mike Bennett. The group’s brief was to ‘seduce’ visitors to the site to take a test drive, he says.

Mazda CRM supervisor Michael Vasseur agrees advertising loses out to other mediums in effectiveness and that the on-line medium is growing in importance.

‘The Internet is a big part of the decision-making process,’ says Vasseur. ‘Compared with advertising campaigns, it’s a cheaper way to contact people, allows you to reach a larger audience and react more quickly to requests for brochures than through traditional routes. It’s key for us.’

Syzygy is updating Mazda’s standard Europe-wide websites to replicate physical showrooms as closely as possible. ‘Digital forecourts’ aim to offer would-be customers the chance to view cars from every angle, and go live over the next two weeks.

According to Syzygy senior art director Elliot Cravitz, the work ‘introduces a more consistent look and feel to the Mazda brand on-line, and makes the contact more car-specific.’ Finding other channels of communication with customers is essential for car manufacturers, agrees Fitch London creative director Tim Greenhalgh. ‘People are most receptive to looking at cars when they are actually looking at other things,’ he says.

Fitch London’s work for Chrysler in the US sees the brand on show in a shopping mall, where people can take a break from shoe shopping to have a look. In future, he adds, manufacturers will need to take cars to people, rather than wait for them. ‘It takes an effort to drive to a showroom.’

In other off-line initiatives, Nissan is hoping brand extension work into lifestyle products such as homewares, toys and ceramics, designed and branded by Fitch London, will encourage designers to look anew at the Nissan brand, says Greenhalgh.

‘Ultimately, of course, Nissan wants to sell more cars, but the lifestyle products are designed to present a different face of Nissan. Consumers might then have a more favourable, broader view of the brand,’ he says

This approach works well for Audi, Greenhalgh adds. ‘By aiming to become synonymous with design, Audi has shifted people’s mindsets. So by the time the TT finally came out, no one was surprised it was [so design-led].’

Microgen twigs a new marque by The Nest