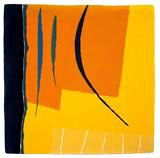 If someone had suggested five years ago that London might one day rival Milan as an international showcase of all that’s happening in contemporary furniture design, they’d have been laughed out of court. But things are changing fast. The Italian style capital may still be the launch pad for many great new products – despite the growing challenge from Cologne – but London is gaining a reputation as a venue to view the avant garde and spot emerging design talent.

One of the reasons is that a domestic market for contemporary wares has developed, with help from the Sunday supplements and other influential consumer media. And where once there was only Habitat and Ikea at the “affordable” end of furniture retailing and the likes of The Conran Shop, Heal’s, Liberty’s and a handful of largely contract showrooms at the top end, London now boasts an impressive array of shops, particularly in the East End and west towards Notting Hill.

The escalating interest in the London furniture scene, not just at home but from abroad, is reflected in 100% Design, which opens at Earls Court Two today. Over its four-year life, the event has developed from a craft-based show, featuring mainly batch-produced lines from young furniture hopefuls to a mature showcase, bringing together top European manufacturers such as Cassina and B&B Italia with thrusting home-grown players such as Helen Yardley, Glasgow group The VK&C Partnership, Inflate and Rock Galpin of Studio Orange.

This year the overseas contingent has expanded. The Netherlands will be there in the form of seminal Droog Design, while Italy is represented by Cassina, Ycami (on Robert Webster’s stand) and Cappellini, among others.

You might not find as many new launches at the top end of the scale as you do in Cologne or Milan – 100% Design organisers are working on that. But there is a condition, vigorously enforced by the 100% Design committee, that there has to be something new about a company’s stand. It could be the first time a manufacturer or designer has exhibited – as is the case with Concord Lighting and Tom Dixon’s Eurolounge – or it has a genuinely new line.

One of the big differences between this show and Milan or Cologne is you won’t have to wade your way through halls of chintz and traditional chandeliers (though Christopher Wray Lighting will be at 100% Design) to get to the contemporary heart.

Though there has been an influx of big companies over the past couple of years, there are still a few more conceptual designers taking part. Umbrella organisation Design Nation, for example, has collaborated with Design Week on a joint stand showing work that pushes the boundaries in terms of materials and processes. Design Nation designers William Warren of ww.modcons and ceramics specialist Hub will pick up the theme.

But, while it’s worth spending time at 100% Design, don’t forget the sideshows. Like Milan, London has developed a network of showrooms that will form the “fringe” to the main event (see {storyLink(“DW199909240050”, “100% guaranteed”)}). Particularly worth checking out is Designers Block, to be held at the Same showroom in Brick Lane to coincide with 100% Design and featuring the likes of Hella Jongerius, Snowcrash and Michael Young. It promises to be fun.

Premiere takes on the world