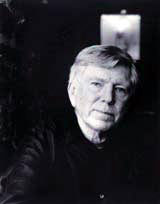 Jon Jerde is Urban Renaissance Man. He likes nothing better than taking on no-hope, burned-out city blocks and transforming them into vibrant, thriving, must-visit commercial hubs.

This city saviour has done it time and time again across the face of the US and more recently in Japan, Australia, Poland, Mexico and The Netherlands. When JJ comes to town, he’s greeted with open arms, because everyone knows he’ll work the magic that has breathed new life into terminally declining areas of San Diego, Santa Fe and Las Vegas, Hakata, Osaka and Chiba, as well as Warsaw and Rotterdam.

Part-architect, part-philosopher, part-healer, part-economic wizard, Jerde is one of the world’s most influential forces in retailing and citymaking. Shopping is his inspiration. “Our challenge has been to make the ordinary extraordinary. We realised that the shopping centre was the last place left where American communal life existed, but the retail industry had become focused on function and rationality… it was dull. Originally designed as machines for shopping, malls lacked complex experience. However, we believed that the shopping centre could again become a setting to give public life a richness and complexity denied in the suburban vision. Our projects use the shopping centre as a catalyst, drawing people to a stimulating environment which they can connect to and share with their fellow man,” he says.

The trick is to make shopping an event or, better still, a sequence of events. While you’re at the mall you’ll be able to watch some street theatre, take in a movie, meet friends in a cafÃ© or bar, take your kids ice skating, get your car fixed, visit an art gallery, send a postcard, soak up some local history, and, very importantly, feel good about where you live. It’s a car-free, safe, feel-good environment, a hyper-real high street for places that have lost the plot.

Horton Plaza has become such a magnet that the blighted waterfront surroundings and nearby historic district have also now been redeveloped with new housing and offices, a convention centre and a light railway. It’s a pattern that’s been repeated around the world.

So who is Jon Adams Jerde? If he’s so successful how come his name’s not up there in lights alongside other great contemporary American designers such as Frank Gehry, Michael Graves, IM Pei or Richard Meier? Because he’s avoided big set-piece architectural objects and opted for the less glamorous task of making cities work, filling the gaping holes left where suburbs or out-of-town developments tear the city centre fabric to shreds.

When it comes to understanding the importance and appeal of communal life, Jerde has impeccable credentials. “I’m the product of what’s called oil field trash. A rootless existence blowing from one oil field to the next where my father would be employed providing services for the oil industry. I never lived anywhere for more than six months until I was a teenager and settled in Long Beach, California. Visiting cities was a big event, I loved the feeling of people getting together for a fair or a circus or a parade. It gave me a tremendous sense of well-being and a heightened sense of emotion. I’ve yearned for this communal scene ever since, and I know that’s what we all miss in the anonymity and loneliness of suburbia.”

Based in Venice, California – LA’s beach-front, which, in itself, has a carnival atmosphere – Jerde’s 120-strong practice is working for dozens of clients who want his brand of “experiential” design. The gravel-voiced Jerde is reached in his inner sanctum by long corridors lined with dozens of brightly-coloured project photographs, showing shopping centres packed to the gills. The developments are theme-park architecture, populist and exciting, a collage of bold geometric shapes, sizzling neon, fluttering bunting, colourful signs, crazy paving. Jerde’s office is equally vibrant, a richly-coloured turquoise and lacquer red box, the lighting is low level, it feels like the back room of a casbah and is filled with books, plans, toys and small sculptures. The air is charged with a fusion of tobacco smoke and coffee.

Jerde explains that while shopping is the impetus, his developments are not malls. “We’ve deconstructed the mall, it wasn’t working. Our venues take account of what people do as citizens, which is different from what they do as consumers. The commercial world is not going to go away, so I’ll use that as bait to pull people into places where they can rediscover the enjoyment of being together. We’ve broken down the elements of the mall and city centre and put them back together in a new way. I start with the unconscious memory of the people who will become my audience – I have to deliver something better, a recognisable fantasy of where they live.”

Jerde is happy to stand apart from the architects of the LA avant garde. “In the past, architecture at its most ambitious has been a service to the elite, wealthy and powerful making fancy houses. But we see our role as the complete opposite, serving the common man. Ordinary people are now the most important power there is, having been seriously under-serviced in our greed-driven world. But at last there is another choice,” he says.

The creation of this experiential architecture follows a pattern but Jerde refutes any suggestion that there’s a magic formula. “We orchestrate the level of drama, make a balance between active and quiet spaces, light-dappled or bright, broad plazas and narrow lanes, colour-saturated or faded to create moments and vignettes. These are great places which happen to have shopping attached. However, our projects always speak the language of the host place, we pick up bits and fragments of identity and personality and tap in to the collective fantasy and serve that back. Each design is absolutely of the place – the work in Rotterdam is absolutely nothing like that in Las Vegas. My projects couldn’t be moved even 50ft.”

To achieve this distinctiveness the Jerde Partnership has developed a way of working called co-creativity – collaborating with film directors Steven Spielberg and George Lucas, author Ray Bradbury, artists Robert Graham and Lita Albuquerque and architects Cesar Pelli and Jean Nouvel. Says Jerde: “The history of art and mankind has been written as the triumph of heroes, but now we believe there’s more power in bringing together diverse groups of people so that they can vibrate harmoniously.”

This way of working began to synthesise when Jerde was commissioned to masterplan the LA Olympics of 1984. “I was in charge of 600 designers and had to encourage their best possible work across the whole of that vast project. It was achieved by compiling one simple catalogue, a kit of parts, a palette of materials, which was given to each designer. They could do whatever they liked so long as it was within the parameters of the catalogueÃ¤ it had coherence and it worked. The same process has been used in our subsequent projects – we don’t know about particular neighbourhoods and street life in Japan, so when we have a commission we co-create with local planners, artists, citizens and draw on their fantasies and dreams.”

From these initial discussions an armature is created to enable the development to plug into its surroundings. The development includes landscaping and architecture to contain the entertainment and retail elements.

Along with his skill at place-making, another attraction of a Jerde job is that it happens fast. “There isn’t time to allow these parts of cities to evolve. We’re working for developers and have to work fast. Often I’ll come to a place and they’ll want a new city up and running in three years. I have to make the new city where the old one left off, it has to be instantaneous. But interestingly, it begins to change and take on its own life from the day it opens. Our work kick-starts something. The projects are not an end in themselves, we see them as a new beginning.”

You Are Here: The Jerde Partnership International, edited by Frances Anderton with Margaret Crawford, Norman M Klein and Craig Hodgetts is published by Phaidon Press next month, priced £45

Mix your disciplines for dynamic designs