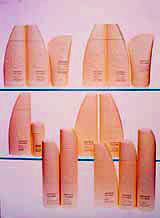 US retail-leisure design consultancy Entertainment Services is on the hunt for environmental designers for its newly-opened London office.

The 70-strong business specialises in retail and a range of visitor attractions, including theme parks, resorts, casinos, expos and museums. As well as handling architecture and interior design, the group also creates branding and graphics.

The London base has been set up to service European projects. ES senior vice-president and design director Chris Miles sees a potential for increased growth in European leisure venues. “Europe is not penetrated to the same level as the US,” he says.

ES is creating four 20 000m2 40 000m2 mixed-use sites on the outskirts of Barcelona, Brussels, Madrid and Stockholm with developer Heron International. It is working on a £2bn project to transform the German city of Wolfsburg from an industrial centre into a tourist city, and is creating a visitor attraction for Scottish & Newcastle in Fountain Park, Edinburgh. The group collaborates with Fitch, Rodney Fitch & Co and Media Projects, based in Camden, central London.

So far the London office comprises half a dozen people, mostly from the US operation. Ken Sizemore is looking to recruit local designers and eventually build a graphics offer. By the end of next year, this is expected to increase to up to 30 people.

“This is not a US satellite office,” says Miles. “It will create its own clients and identity.”

ES recently became part of the URS Corporation, a conglomerate focusing on engineering.