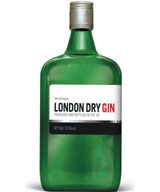 Design Bridge group creative director Graham Shearsby cites Veuve Clicquot as a brand that has mined its history to great effect. ‘Veuve Clicquot has always had that orange packaging, and it would be almost criminal to get rid of it. It has been tweaked, but it’s always remained true to its roots. [Brand owner MoÃ«t Hennessy Louis Vuitton] keeps it fresh through advertising and other media,’ he maintains.

How, then, should designers approach other drink brands that are steeped in history? Must they slavishly imitate their predecessors’ work? That would make for extremely dull design, according to Shearsby. He has been instrumental in the recent Macallan, Tennents Lager and Gordon’s relaunches (DW 12 August, 5 August and 28 February 2002, respectively).

‘You want to treat things with respect and get inspiration from the past, but you need to move things on and make them more relevant, crisper and smarter,’ he says. ‘What you don’t want to do is create a heritage pack that looks stuck in a time warp.’

New brands, of course, don’t have a rich history to exploit. Is there any way for them to acquire the gravitas that their older counterparts may enjoy? ‘All brands need heritage of some kind,’ says Foulkes-Arellano. This could be ‘invented’, or it could take the form of ‘pageantry, mythology or a modern fairytale’, he suggests.

‘That’s what people want. When you go out, you want to get away from the urban drudgery that we all live through.’

But Shearsby and Ford are wary of alcoholic drink packaging that could be perceived as ‘mock heritage’. ‘I think it’s perilous if you’re inventing a false heritage. You’ll soon be shot down by consumers or by your competitors,’ Ford says. ‘You can’t build a long-term strategy on a shaky foundation.’

‘It’s better just to be honest,’ Brandt agrees. ‘Most times, when you look at packaging, you want to feel a sense of trust and authenticity.’ He recommends that companies launching brands build substance by ‘telling a product story’, or find a heritage brand that did, at one point, exist and revitalise it. Alternatively, they could ‘invent a new brand and talk about newness and innovation’, he says.

Vodka brand Grey Goose has achieved this, Shearsby says. ‘It’s created its own mythology, but it doesn’t conform to any of the rules of the vodka sector,’ he explains.

The same is true of American brand Hpnotiq, which began rolling out in the UK earlier this month, according to Foulkes-Arellano. ‘The brand has no heritage whatsover and goes against everything in drinks language, yet it’s been hugely successful.

‘It shows that you can ditch the heritage language, however, if you target it well, you can have success,’ he adds.

‘Drinks can be successful in the future if they don’t link themselves to a point of time,’ Pearlfisher’s Ford muses. ‘Timeless communication of heritage is the way to go. Timelessness solves it all.’