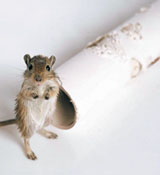 Quinn has divided Designed in Sweden into five themes – transparency, myth and motif, nature, fabric and form, and dynamism. He believes that the new generation of Swedish designers can be firmly placed in the context of a design legacy that dates back to the 1900s and beyond. ‘Swedish Modernism created functionalism, which was cerebral, but also humanistic and had an important spiritual element. What’s going on in Swedish design hasn’t changed.’ He argues that even what he terms ‘maximal’ contemporary design, characterised by extravagant form and colour, harks back to the Gustavian tradition of the 18th century, when Swedish craftsmen shocked the rest of the world by painting furniture in bright colours.

Much of the work in Designed in Sweden is characterised by an experimental approach to form and material: Anders Ljungberg, for example, is a contemporary silversmith who incorporates materials such as Corian and glass fibre into his designs, creating strange, purposely confusing, non-functional vessels – his boxes have round bases so they roll around, while his vases are clamped horizontally to a table.

A prime example of this experimental approach is Front, a group of four women designers who graduated just this year, and who are represented at all three exhibitions. The Crafts Council exhibition includes designs from Front’s Design By Animals project, a series of provocatively and resolutely uncutesy designs based on animal patterns and behaviour. Among them are Rat-gnawed wallpaper, which exposes patterns hidden underneath through nibbled holes, and porcelain pegs cast from soft clay squeezed by a snake’s constrictions. Another in the intriguing Design By… series, featured in the Designed in Sweden exhibition, is Falling, a vase shaped as though it’s falling in a series of freeze-frames. Jackson says Front’s provocative design ethic combines ‘playful inquisitiveness and hard-nosed professionalism’ and wonders if it could be the new Droog: ‘Front is trying to reinvent product design. The group is at a very early stage of its career, and it will be interesting to see what happens,’ she says. Quinn agrees: ‘Front is doing something new and fresh in Swedish design.’

For a snapshot of where Swedish design may be heading, visit Young Swedish Design 2004, at Gainsborough Studios during 100% Design. It is a touring exhibition showcasing the winners of annual design awards for young designers, run by the Swedish Association of Crafts & Design. Among these are Rebecca Ahlstedt’s Rocking Chair – which recycles parts of other chairs – and loudspeakers made of glass balloons by Front, which show the imaginative, eclectic and exploratory approach which characterises contemporary Swedish design.

Conran restaurant to open in Japan

Open day reveals a lot of students with little ability